You can hardly blame Richard Branson, Jeff Bezos, Elon Musk, and all their rich buddies for ditching planet Earth to have a hot billionaire summer in space.

After all, even rich people were stuck inside for a year while the COVID-19 pandemic raged its way around the globe. Who among us couldn’t use an out-of-this-world vacation?

But it can be difficult not to feel a little salty over the fact that us regular poor folk can only dream of leaving atmosphere. Meanwhile, Elon Musk’s out there planning exactly what the buildings will look like on Mars.

Life in glass domes at first. Eventually, terraformed to support life, like Earth.

Here’s the thing though: those billionaires are almost certainly never going to live anywhere but on Earth. It’s just too hard. Most of us are unlikely to ever visit space and pretty much none of us, in our lifetimes, will get the opportunity to live there permanently.

Like Musk says, humanity should probably become a multi-planet species ASAP. The longer we sit around waiting for our planet to get destroyed by an asteroid, an alien species, or our own unchecked destruction, the more likely we’ll end up joining the same club as the dodo and the dinosaurs.

But we’re going to need to fix the Earth if we hope to live long enough as a species to obtain the necessary technology it’ll take to make life possible in space.

Unfortunately, living in space isn’t as simple as replicating life on Earth. The reason people get excited about the possibilities is because we’ve been inundated with pictures of smiling astronauts having fun floating around.

But compared to Earth, outer space, the Moon, and Mars are all hellishly harsh environments. There’s a laundry list of unresolved science problems restricting even the most basic of human life requirements from being met at any scale beyond a trained space station crew, and that makes colonization a far-away science fiction fantasy.

Each of the above line items are mission-stoppers when it comes to moving members of the general public off Earth.

We don’t have the technology to build massive structures in space. And that limits our ability to resolve some of the most difficult problems with living in space.

In the movies, characters walk around on spaceships as if they were taking a stroll on Earth. But space doesn’t work that way and artificial gravity remains science fiction.

One way in which we can use currently available technology to solve the gravity issue would be to develop huge cylinders and set them spinning in space. Thanks to centrifugal force, a space station rotating at sufficient velocity could theoretically create artificial gravity.

But we’re talking massive structures here – some scientists believe they’d have to be several miles across. And there’s currently no feasible method by which we could build such a thing on Earth and get it up into space.

Just feeding, washing, clothing, and supplying oxygen for a handful of astronauts aboard the International Space Station costs millions of dollars per week.

In order to support human life beyond the scope of a spaceship crew, we’ll need infrastructure in space we simply can’t build or support with current technlogy.

There are literally no safe spaces in outer space. The moment we leave Earth’s atmosphere, we’re completely beholden to our technology. If your ship malfunctions in space, there’s no pulling over to fix it.

Furthermore, none of the heavenly bodies near our planet offer the same protections as Earth. Temperatures on the Moon range from 260F to -280F daily. On Mars, the average temperature is -81F. And cosmic background temperature – areas of space that aren’t being heated by nearby stars or other entities – is around -455F.

What that means is, if you leave our planet, anywhere close enough for you to travel in your lifetime will be uninhabitable based on temperatures alone.

If you move to Mars or the Moon, you’ll never be able to stand outside and gaze up at the stars without a special suit to protect you again. And if you live on a giant spaceship or settle on a space station instead, you’ll spend the rest of your life looking at the cosmos through a window.

Atmospheres are hard to manage

The technology it would take to terraform another planet or build giant domes to protect entire populations doesn’t exist today.

The science behind making other planets habitable is purely speculative. Elon Musk honestly suggested we should consider dropping a nuclear bomb on Mars to kick start its atmosphere. That should tell you exactly how nuanced our ideas on off-world colonization are.

If we cannot solve Earth’s current climate crisis, it would be brilliantly stupid to think we can make the atmosphere and surface of Mars habitable for humans.

But with no atmosphere, life outside of Earth would be eternal confinement. The first civilians who try to live in space will be as much prisoners as they are pioneers.

We don’t know exactly what effects long term exposure to space radiation will have on people, but we know they’re going to be bad.

Astronauts operating just outside the Earth’s orbit require teams with hundreds of support personnel to keep them alive. They can’t just rocket up into space and fly around willy-nilly.

Scientists have to monitor radiation constantly so astronauts can avoid bursts and protect themselves. Bursts of radiation can disrupt communications and electronics and even prove instantly fatal to humans.

Furthermore, even if we manage to figure out how to shield humans during transport, there’s nowhere safe for them to go except home. Humans will experience substantially more radiation on Mars and the Moon than they do on Earth, and that’s likely to result in a severely decreased lifespan for anybody who lives off-planet.

Gravity is more important than you think

The human body has evolved over millions of years. Where once we were single-celled organisms developing mutations such as flagella for locomotion, we’re now upright primates capable of creating nuclear reactors and episodes of Rick & Morty.

One of the quirks that comes with evolving to inhabit a gorgeous, lush planet, is that we’re built for gravity. Floating around in space might look like a lot of fun, but the human cardiovascular system is built to pump blood in a gravity-based environment. Our digestive system uses gravity. Our bones, muscles, tendons, and even our organs have all been designed and trained to function with a very specific amount of force pulling them in the general direction of down.

Removing us from the gravity we were designed to live in has catastrophic effects. It’d be nearly impossible to maintain muscle mass.  And there’s not much research on what that would mean for our hearts and brains. We simply cannot exist in low gravity for long periods of time without expecting serious health risks including premature death.

There’s currently no solution to this problem. Functional artificial gravity in space or off-planet remains squarely within the realms of science fiction.

At the end of the day, living in space would be exponentially more difficult, boring, dangerous, harsh, and soul-suckingly awful than permanently relocating to Antarctica or establishing a human colony beneath the ocean.

No matter what the billionaires tell you, it’s going to be easier to fix the planet we live on than to find a new home. There’s only one Earth. 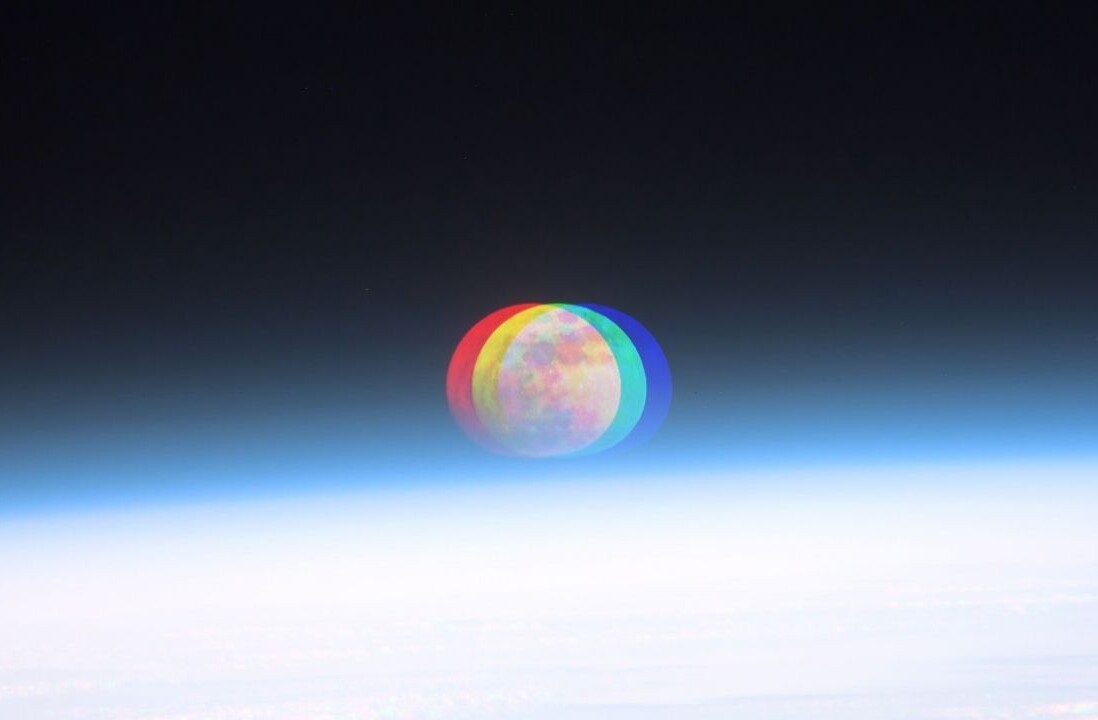 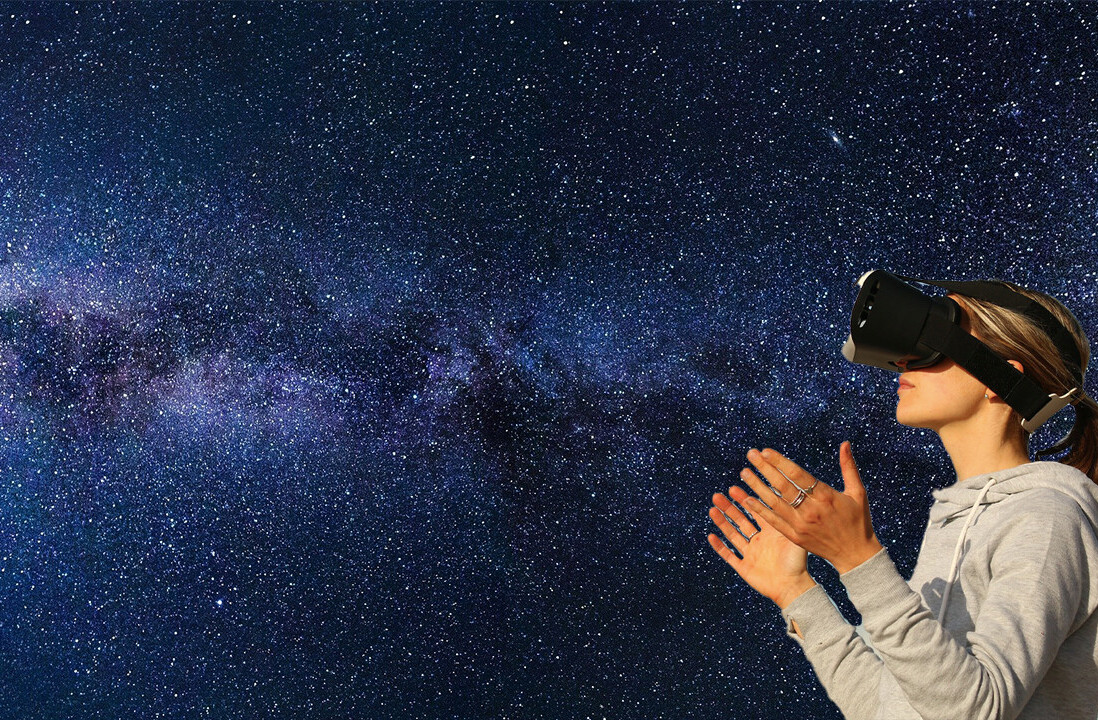