It is all around us. Every day in our lives we are in contact with it. In fact, we are made from it: ancient stardust.

All the atoms around us have witnessed the most violent explosions in the universe. Their journeys through space are the longest, roughest and loneliest voyages imaginable.

The hydrogen in the water we drink is the lightest of all the elements, and it dates back to the Big Bang at the beginning of the universe. Heavier elements, like the iron in our blood and the oxygen in the air we breathe, were forged in stars and ejected when they exploded at the end of their lives.

Dust from distant stellar explosions is still falling on Earth in a gentle, almost imperceptible rain. In my research, I hunt for traces of this dust to learn about how exploding stars have affected Earth’s history – and perhaps discover clues about the origin of the universe’s heaviest elements.

For many years my colleagues and I have been searching for fresh stardust (or any other kind of interstellar dust) across the giant dustbin we call home: Earth. We need dust that has fallen relatively recently (in cosmic terms) because then we have a chance of tracing it back to an event and a location like a particular exploding star.

Specifically, we are looking for atoms of iron-60 (or ⁶⁰Fe), a radioactive isotope of iron. Iron-60 is very rare on Earth, as it is mainly produced in massive stars and is found in minor quantities in cosmic dust and meteorites. However, it has a half-life of 2.6 million years, which means the atoms that do arrive here stick around for a long while before decaying.

Only a tiny amount of iron-60 rains down on Earth: each square centimeter of the planet’s surface receives a few atoms per year. If you stuck your tongue out for a full year, you might taste only a handful of atoms of iron-60.

To find iron-60, we need the help of nature: areas of Earth’s surface that are largely undisturbed and form a “geological archive” that concentrates and stores the iron-60 over time.

Traces beneath the sea

Iron-60 from the stars was first discovered in 2004, in layers of deep-ocean rock called “ferromanganese crust”. These hard iron-containing layers develop very slowly: in a million years, the crust will only grow by a few millimeters.

These geological vaults kept their iron-60 until samples are taken and studied using an ultra-sensitive technique called accelerator mass spectrometry.

The iron-60 found in 2004 suggested Earth had experienced an influx of interstellar dust from an exploding star (or supernova) about 2 million years ago. In 2016, this was confirmed by several independent studies of ocean sediments, deep-sea crusts, and even rocks from the Moon.

More recently, traces of iron-60 found in seabeds revealed another influx of interstellar dust around 7 million years ago.

So we know Earth was impacted by at least two nearby stellar explosions in the past several million years. The collected data further indicated some iron-60 might still have been raining down on Earth within the past couple of hundred thousand years.

The search for interstellar dust in recent times is more challenging because nature is not helping us a lot anymore.

First, there is no concentration of iron-60 possible over a time period of a few years. This means we need to take a sample over a much larger area to find a useful number of iron-60 atoms.

Second, since humans invented nuclear weapons and other nuclear technology, there are many new radioactive isotopes present on Earth. So there is a slight chance that any iron-60 you find today might have been created by humans rather than exploding stars.

There are not many places to look for recent interstellar dust by its iron-60 signature, but one of them is in the pure snow of remote Antarctica. Still, you need to collect several hundred kilograms of snow for a big enough sample to reliably measure whether or not it contains interstellar iron-60.

In 2019, we analyzed 500 kilograms of Antarctic snow and found 10 atoms of iron-60. The snow we collected was no more than 20 years old and was about the amount that would fall in one year over 6 square meters of ground in Antarctica.

The iron-60 was of interstellar origin and perfectly within the expectations from previous measurements, and we also excluded human nuclear activity as the source. This was the first evidence that there is still interstellar dust from supernovae raining down on us every day.

We were able to confirm this result and extend it over the past 35,000 years by searching in ocean sediments. Combining all the evidence, we now have a record of interstellar dust influxes, on a scale of years, thousands of years, and millions of years.

The future of ancient stardust

What’s next in the hunt for stardust? First off, we still have a gap in the data in the 100,000-year range that needs to be filled to fully understand the origin and connection of the observed influxes.

Another line of inquiry is to use what we know about influxes of iron-60 to hunt for something much heavier, plutonium-244. This is the longest-lived radioactive isotope of plutonium with a half-life of 81 million years.

Like around half of the elements heavier than iron, plutonium-244 is created by a series of nuclear reactions called the astrophysical r-process. However, though scientists understand how this process works, yet we don’t know where in the universe these heavy elements are produced.

Supernovae were believed to entail the right conditions for the r-process to occur, but there is also some evidence suggesting that many of the heavy elements may instead be produced when neutron stars collide.

One way to shed light on this question is to look for plutonium-244 in the same places where we have found iron-60, which we know comes from supernovae.

In my PhD research, I will go back to the roots of iron-60 hunting, the ferromanganese crusts. If we find that plutonium-244 follows the iron-60, it might point towards a stellar r-process. The hunt is ongoing. 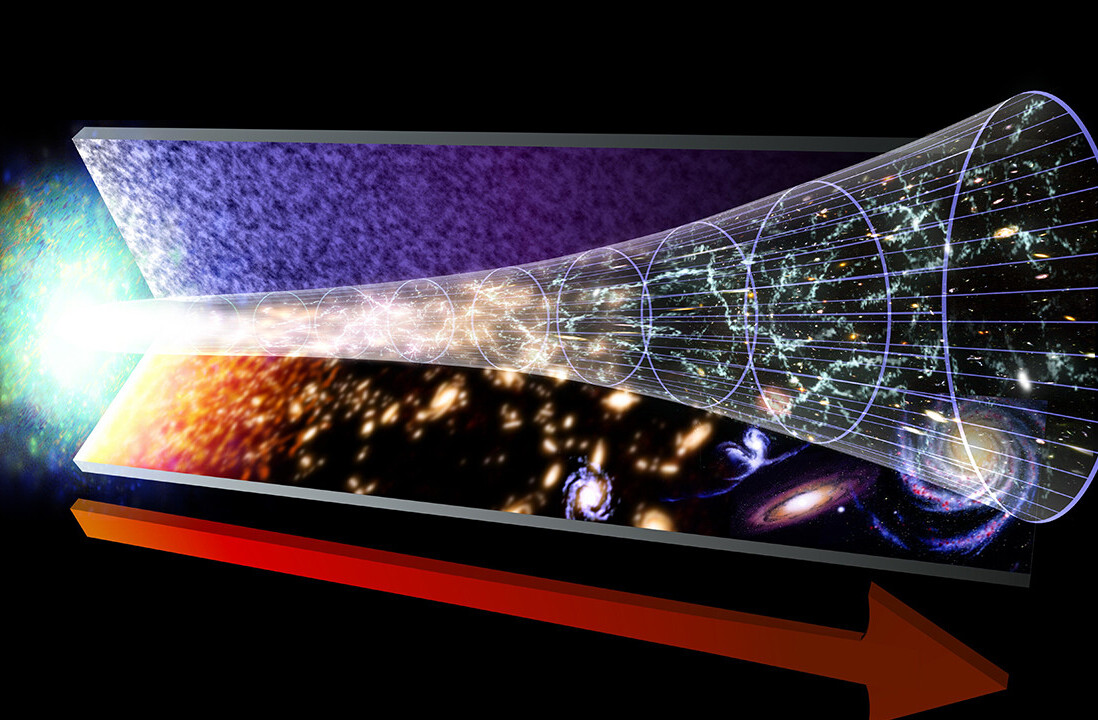