This article was published on December 9, 2020

From Bogota to Bologna, the introduction of expanded pedestrian zones and pop-up cycle lanes has been a global trend during the pandemic, but with traffic levels rising and pushback from some motorists, are repurposed streets here to stay?

“No one should be in doubt about our support for motorists,” Shapps warned a stark reminder to those who have championed healthy street initiatives over the past six months.

London’s schemes, which sprung up across the city over the summer months after a £250 million (US$330 million) government funding boost, have included wider pavements, pop-up cycle lanes, and low-traffic neighborhoods (LTNs) where some residential streets are blocked to motor traffic.

The temporary measures have been introduced to help facilitate social distancing on streets and make walking and cycling a safer and more attractive option for trips previously made on public transport or by car.

While welcomed by most, some of the measures have proved highly controversial in parts of the UK capital, with local councils facing street protests from residents and in some cases attacks on city property.

LTNs, which are characterized by giant planter pots and bollards strategically placed on roads in residential neighborhoods to restrict or block traffic, have been a particular sticking point for some residents.

“You have to be incredibly careful about imposing measures on local communities,” Lambeth Councillor Tim Briggs said.

Briggs, a member of the London council’s Overview and Scrutiny Committee, is currently campaigning for the removal of his borough’s LTN, saying the lack of consultation is one of the main reasons for local opposition.

“I’m all for cycling and walking. For me, it’s the way it’s being implemented that is the issue.

“Councils shouldn’t use the funding they are given by the central government to bring in schemes without consulting properly first. For me, bringing in a scheme and then asking people why they don’t like it is a ‘cart before horse’ way of doing it.”

In September, London’s Wandsworth council removed its LTNs less than one month after their introduction following a furious local backlash. The response from residents and concerns around access for emergency vehicles were cited as the main reasons for the withdrawal, with videos of ambulances and fire engines struggling to gain access seen across social media.

London’s Ambulance Service has since raised concerns regarding a number of LTNs, with a spokesperson saying: “Changes to road layouts, traffic management schemes and road closures all have the potential to impede our response to the most critically ill people and could delay life-saving treatments or conveyance to the nearest emergency department.”

Several other London councils have since backtracked on their LTNs, and others have delayed or postponed their introduction.

London’s borough councils face difficult choices. Having received a mandate from the government to implement measures rapidly, most councils have adopted an ‘act first, talk later’ approach, particularly since the interventions are temporary (meaning they don’t technically require a public consultation) and give some scope for experimentation.

To add to councils’ headaches is the complicated patchwork of London’s road network, and its governance. Transport for London (TfL) operates the primary artery roads in the city, while each of the 32 local boroughs are responsible for secondary roads. This means that there could be two entirely separate schemes operating in tandem – a scenario which, at times, has caused chaos for motorists.

“It can lead to some insane situations,” said London’s Cycling and Walking Commissioner, Dr Will Norman, the man tasked by the mayor with facilitating TfL’s active travel initiatives.

“There’s a road I know where one lane is managed by one authority and the other lane by another. Obviously, both authorities have competing interests, so this leads to challenges around the overall strategic direction.”

Along with local councils, TfL has been installing its own “Covid spaces” through its Streetscape program – primarily through cordoned-off and protected cycle lanes on main roads.

But the disruption to motorists on these roads has meant that ‘rat-running’ – where motorists use residential side streets to avoid congestion – has become more frequent.

The addition of LTNs for residential streets, which are in part designed to prevent rat-running, has led to serious traffic chokepoints along some of London’s main arterial roads, as drivers face a double whammy of restrictions.

Despite the negative headlines and council U-turns, Norman remains optimistic about the future. “Over the past five months, 92 LTNs have been delivered across the city. There has been some pushback around a few of those, maybe seven or eight, but any change to any road will always take a bit of time to bed in.”

“While there is a noisy minority [opposed to the measures] they are, in every poll I’ve seen, in the minority.”

The statistics support his argument. An October YouGov poll – commissioned by Greenpeace –  found that where UK residents had opinions on LTNs, positive views were three times more likely.

Of the 2,027 surveyed, 57 percent were in favor of the new measures and 16 percent against, while 32 percent had no opinion.

When asked if LTNs and other temporary measures are here to stay, Norman said: “I think many of them are. Obviously, we’ll have to go through local consultations but the conversations I’ve had with Downing Street and the Department for Transport tell me there is a continued commitment to this.”

And despite his scolding of councils in October, Grant Shapps has been one of the most vocal proponents of active travel, consistently emphasizing its importance.

In May, he stressed the government would be “speeding up the cycling revolution, helping individuals become fitter and healthier, and reducing air pollution, which remains a hidden killer.”

Then in November, after announcing a further £175 million of funding for active travel schemes, Shapps told councils: “Very few changes to anything will command unanimous support, and we do not ask it for these schemes. But there is clear evidence that for all the controversy they can sometimes cause, ambitious cycling and walking schemes have significant, if quieter, majority support.”

The link between active travel, health, and Covid-19 is also something which has increasingly come to the forefront of policy in recent months.

Rachel White, Head of Public Affairs at Sustrans, a UK NGO focused on active travel, said: “We think it’s really important the vast majority of these temporary measures are made permanent — physical inactivity already costs the National Health Service over £1 billion a year.

“We also know people’s resilience to Covid-19 is increased when you’re more physically active, which in turn further reduces the burden on the health service.”

To date, the most successful LTNs in London have occurred in boroughs that had taken proactive steps to increase cycling and walking before the pandemic. In the London borough of Waltham Forest, LTNs have complimented its ‘mini-Holland’ initiative, which was established in 2015.

The scheme – which introduced segregated bike lanes on main roads and other interventions such as making certain streets access-only for motor vehicles while maintaining through-routes for bikes and giving priority to pedestrians – was deeply unpopular when first brought in, seeing similar protests that other London boroughs face today.

Research also found that after one year, people were, on average, walking and cycling for 41 minutes a week more than those living in other comparable areas.

The borough has also taken credit for being an early pioneer of the 15-minute city – an idea developed by Sorbonne professor Carlos Moreno which allows residents to meet the majority of their needs within a short walk or cycle from their home.

The concept gained international attention after the Mayor of Paris, Anne Hidalgo, embraced it as part of her 2020 re-election campaign.

In the US, where the car is king, low traffic streets have historically been something of an anomaly. However, the pandemic has produced some bold initiatives by cities trying to change this mentality. An October study of ‘safe street’ initiatives by traffic analytics firm Inrix found city density and the overall purpose of the schemes to be key factors in how much people are likely to use them.

While the report did not draw conclusions on the successes of the schemes, Bob Pishue, a transportation analyst at Inrix, said the overall aims of each ‘safe’ or ‘slow’ street were crucial.

“The purpose of the street really matters. Whether it’s built specifically to increase walking and biking or for on-street dining and leisure.

“Looking at Manhattan, the densest part of New York, we saw very low levels of activity on new cycle lanes, primarily because people weren’t commuting, but further out, we saw activity pick up.”

The highest levels of activity were found in Seattle and Minneapolis’s initiatives, at 82 percent and 75 percent respectively, while in Manhattan activity levels were just 43 percent when compared to pre-pandemic levels.

Pishue noted that Seattle and Minneapolis had larger, better-connected networks of slow streets geared specifically towards recreation, rather than commuting.

Out of the five cities surveyed, Minneapolis – where officials designated over 25 kilometers of road for walking and biking as part of the city’s Stay Healthy Streets initiative – saw the largest increase in activity, with the usage of the restricted roads in July a third higher than pre-pandemic levels.

“A lot of this is tied to people’s desire to get outside. In Minneapolis, we often joke about people going into hibernation during the winter, and as the weather improves people awake from their slumber – our trails, lakes, and leisure spots are suddenly full,” Matthew Dyrdahl, Minneapolis’s Bicycle, and Pedestrian Coordinator, said.

“Based on this we partnered with the Minneapolis Parks and Recreation board and started thinking about what we wanted to achieve. One of those ideas was connecting city streets to the city’s park network.”

Despite withdrawing the scheme for the winter months, the city is planning to relaunch in spring.

“We are now considering how we can relaunch this initiative. We have a lot of these quick build safety improvements ready to go for the spring, so we’ll take what we have learned and apply that to future projects,” added Dyrdahl.

The future of healthy streets

While ‘safe,’ or ‘slow’ streets may yield positive environmental and health benefits, the role of the car is unlikely to be diminished overnight. Dramatic drops in car usage seen during the height of the pandemic have largely been reversed – or even surpassed – in most cities, and many people remain reluctant to use public transport. A recent report by UK automotive services group RAC found the pandemic may have set attitudes to public transport back by as much as two decades.

For the first time since 2002, fewer than half of drivers surveyed in its annual report (43 percent) said they would reduce car use even if train and bus services were improved – down from 5% in 2019.

It also found that more than half of UK drivers (5%) say having access to a car is more important now than it was before the pandemic.

“Even with lower traffic volumes, the pandemic appears to have reinforced the bond between drivers and their cars.” 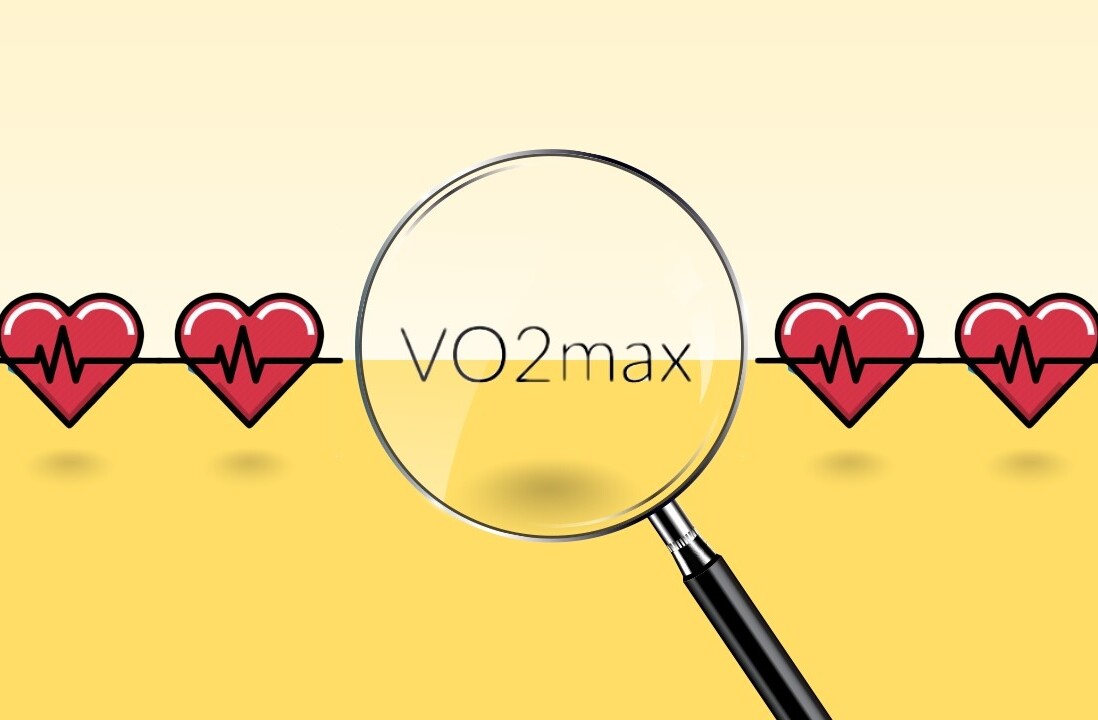 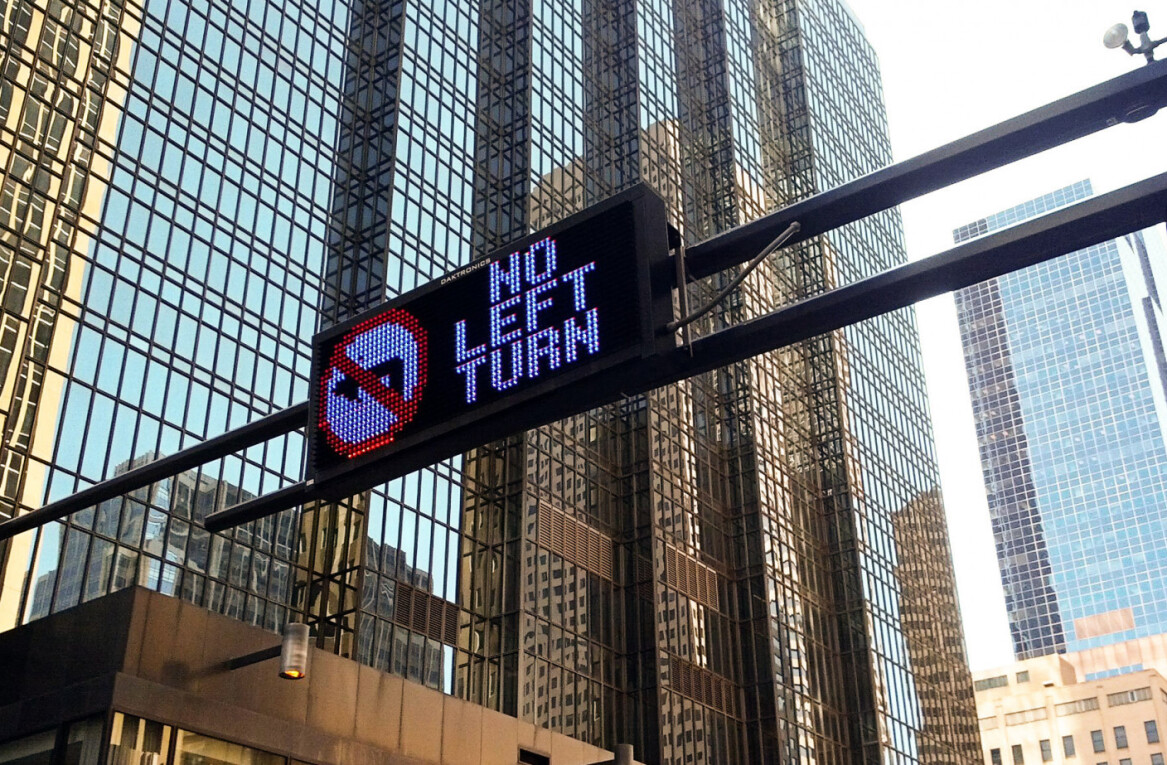