This article was published on December 22, 2022

War has decimated much of Ukraine’s economy, but a notable exception is the IT sector. As of November, the industry’s annual export revenues had hit a record $5.5 billion — 13% more than in the same period last year.

Since Russia invaded in February, 58% of Ukrainian tech firms have processed new orders from clients. Despite brutal assaults, martial law, and general mobilization, 85% have restored their pre-war business activities. That’s according to Lviv IT Cluster, a community of companies, universities, and local authorities.

“Ukraine’s tech industry is not only showing the ability to operate fully, but it’s demonstrating growth,” says Stepan Veselovskyi, the group’s CEO. “The export of IT services grew by 9.9% compared to last year, and brought in more than $6 billion in revenue, surpassing the 2021 figure by $542 million.”

This triumph over adversity has been indispensable for Ukraine. While conflict ravages the country’s coffers, the sector provides wages for workers, taxes for the economy, and technical support for the war effort. Tech provides the military with encrypted communications, UAVs, and cyber defenses, and civilians with digital IDs, air raid alerts, and online payments.

IT will also be integral to the post-war recovery — but getting there will be tough.

It can be mutually beneficial.

A summer survey by Lviv IT Cluster found that over 50,000 IT workers had relocated since the invasion, while a further 7,000 had joined the armed forces. Those that remain now endure blackouts caused by attacks on infrastructure. Some fear that empathy from clients will dwindle as war fatigue sets in.

As the challenges mount, help from overseas becomes increasingly crucial. But the benefits of support extend far beyond altruism.

“Charity is good, but you can also work with companies. It can be mutually beneficial,” says Oleksandr Yatsenko, managing partner at BRISE Capital, a Kyiv-based investment firm.

Indeed, Ukraine’s tech ecosystem has a unique blend of assets. The country’s rich history in computer science laid the foundations for a thriving sector. Today, it encompasses over 200,000 IT specialists and one of the world’s biggest pools of tech talent. Stellar programming skills, a high level of English, and a timezone that overlaps well with both the US and Europe comprise a compelling package.

These attributes have made Ukraine a global hub for IT outsourcing. Now, the country wants to turn its expertise into domestic tech giants.

President Zelensky’s administration has made bold moves to bring these ambitions to reality. this future. In 2019, his government established the Ministry of Digital Transformation. By 2024, the department aims to put every public service online, expand access to high-speed Internet; teach 6 million Ukrainians digital skills, and increase tech’s share in GDP to 10%. It currently accounts for around 4.5%.

Industry is united with government.

To reach these goals, the government has championed business-friendly policies: low taxation, minimal paperwork, and massive deregulation, alongside extensive anti-corruption reforms and funding initiatives, such as the Ukrainian Startup Fund.

This program has been bolstered by collaboration between the public and private sectors. War has made both sides appreciate their interdependence.

“The world should know that industry is united with the government and they help each other,” says Ivan Babichuk, chairman of the supervisory board of Lviv IT Cluster. “And it makes [Ukraine] a protective and secure place to run a business — despite the whole security issue around the country.”

The hardships of war have added further qualities. Ukraine’s digital infrastructure and economy has been remarkably resilient since the full-scale invasion, while the workforce has acquired a rare blend of courage and adaptability. New skills in crisis management, leadership, teamwork, and efficiency have been forged in conflict.

“Most companies have retained customers and the volume of their contracts,” says Alex Bornyakov, Ukraine’s Deputy Minister of Digital Transformation. “Ukrainian developers have shown that they are capable of doing their job well even under extreme conditions. For the whole world, this is an indicator that Ukraine is a reliable partner and an attractive investment destination.”

Some tech businesses have thrived since the invasion. Take Mosqitter, which won the prestigious IT Arena Startup Competition in 2021. While the conflict escalated, the company grew its team and developed a new product line.

“Difficulties bring you opportunities and possibilities for growth,” says Olga Diachuk, the company’s COO. “It shows you who you really are, what you are made of, and how smart you are.”

Nonetheless, tech firms face immense challenges of their own. Investment from overseas will be crucial a component of their future fortunes.

“It’s very important to keep the support of the local tech ecosystem from outside as Western-based funds do,” says Joachim Laqueur, General Partner at VC firm Acrobator Ventures.

“Technology is such a long-term beneficial force. Now we’re seeing the first wave of successful companies breaking the ground. Even during the time of war, these people, these companies are able to address problems that are not restricted by borders.”

People who already invest in Ukraine note that war is fostering a unique set of skills. For example, thousands of volunteer hackers have joined the IT army, an organization that’s defending Ukraine against Russia’s vaunted hacker groups.

Members of the group have attained unparalleled experience. Mykhailo Fedorov, the country’s Minister of Digital Transformation, describes the conflict they’ve withstood as “the first world cyber war.” The volunteers now want to share their expertise with international allies.

“Ukrainian tech companies are strengthening their cyber defense capabilities, and can help other countries better understand the nature of modern cyberattacks,” says Veselovskyi, the Lviv IT Cluster CEO.

The First World Cyber War. The first IT Army in the world. 270K of angry IT-warriors of cyber frontline. Rutube shutdown. AI tech & identification of war criminals. And many more cases to disclose after the victory. You are free to join, by the way. pic.twitter.com/3PDP075nU5

Despite these strengths, the potential of Ukraine’s tech sector will only be fulfilled through support from the international community. For Veselovskyi, the simplest way they can help is by cutting all ties with Russia.

“The next step is motivating your local governments to support Ukraine and get involved with Ukraine’s fundraising initiatives,” he says. “The future safety and economic prosperity of Europe depend on the victory of Ukraine on the battlefield. You can start working with Ukrainian companies already today through our B2B platform Lviv Tech.”

To forecast the sector’s future, Veselovskyi’s team surveyed over 5,000 tech industry representatives. In the most positive scenario, which presupposes European integration and liberalization of the economy, 78% of the respondents would remain in Ukraine. A further 12% would try to move abroad, while another 10% are yet to decide.

The best way to help Ukraine is to invest in Ukraine.

This outcome can provide the foundations for a flourishing post-war industry. To build this, continued support from Europe will be essential. Government officials have sought to spread this message at IT events around the world.

“We tell them one specific thing: the best way to help Ukraine is to invest in Ukraine,” says Bornyakov, the Deputy Minister of Digital Transformation. “Work with Ukrainian companies, give money to Ukrainian startups, and if you are able to hire Ukrainian freelancers, do it.”

The stakes are extremely high. IT remains the only industry in Ukraine that still shows growth. If it shrinks, the whole country will suffer. If it expands, however, the sector can help Ukraine not only survive, but flourish. 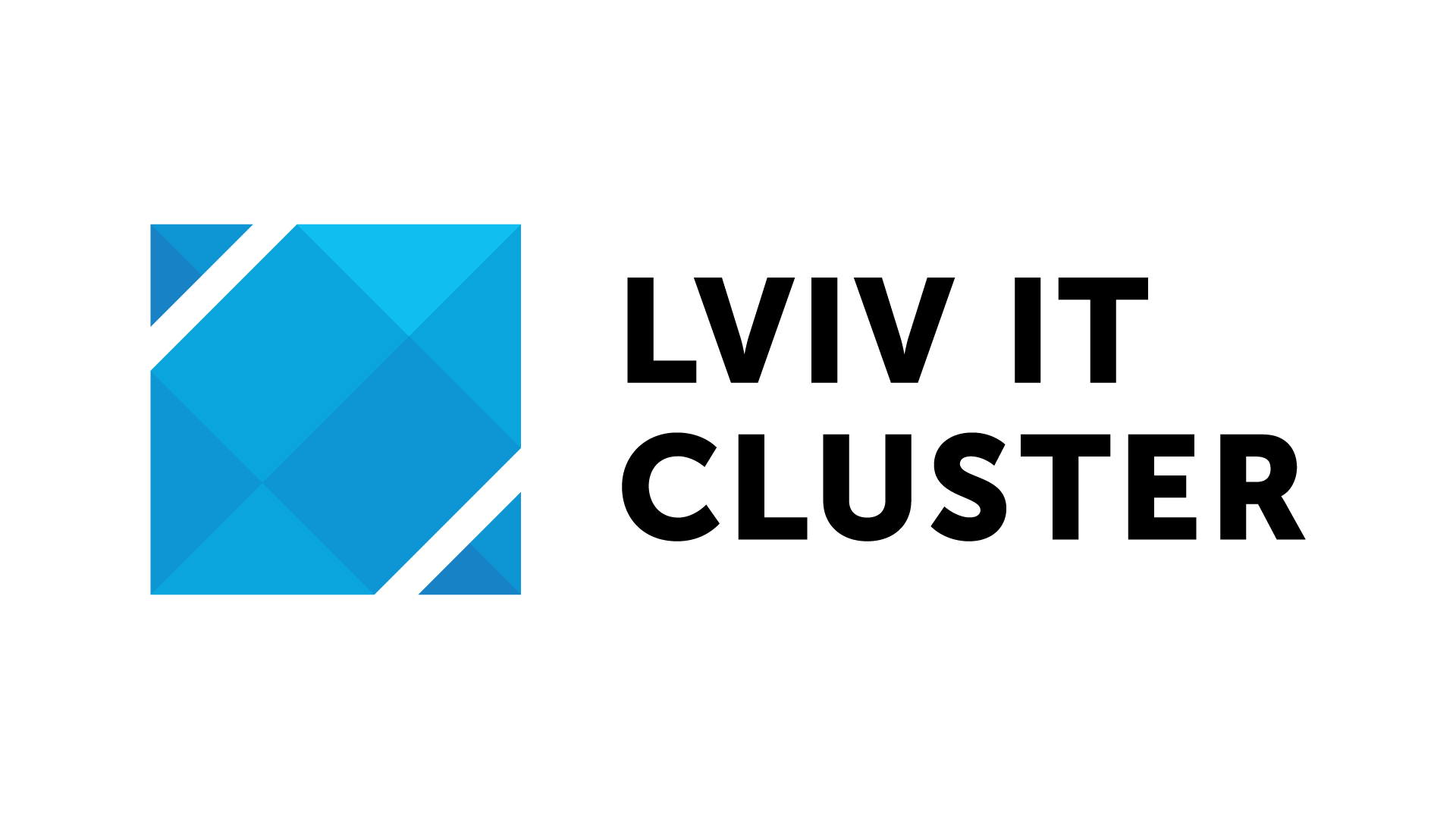