This article was published on February 11, 2022

While the rest of us are doing good, honest work like podcasting and influencer-ing, there’s a group of “thinkers” out there conducting horrific experiments. They’re conjuring pedantic monsters, murdering innumerable cats, and putting humans inside of computers.

Sure, these “thought experiments” are all in their heads. But that’s how it starts. First you don’t know whether the cat’s dead or alive and then a demon opens the box and we’re all in the Matrix.

Unfortunately, there are only two ways to fight science and philosophy:

Thus, we’ll arm ourselves with the collective knowledge of those who’ve gone before us (ahem, Google Scholar) and critique so snarky it could tank a Netflix Original. And we’ll decide once-and-for-all whose big, bright ideas are the worst.

The worst scientific thought experiment of all time

What if I told you there was a box that gave away a free lunch every time it was opened? Some of you are reading this and thinking “is Neural suggesting we eat dead cats?”

No. I’m talking about a different box from a different thought experiment. Erwin Schrödinger’s cat actually came along some 68 years after James Clerk Maxwell’s Demon.

In Maxwell’s Demon, we have a box with a gate in the middle separating its contents (a bunch of particles) into two sides. Outside the box, there’s what Maxwell calls a finite being (who other scientists later inexplicably decided was a demon) who acts as the gatekeeper.

So this “demon being” controls which particles go from one side of the box to the other. And, because particle behavior varies at different temperatures, this means the demon’s able to exploit physics to harness energy from the universe’s tendency towards entropy.

This particular thought experiment is awful. As in: it’s awfully good at being awesome!

Maxwell’s Demon has managed to stand the test of time and, a century-and-a-half later, it’s at the heart of the quantum computing industry. It might be the best scientific thought experiment ever.

Szilard’s work imagines a single-molecule engine inside of the box that results in a system where entropy works differently than it does in Maxwell’s experiment.

This difference in opinion over the efficacy of entropy caused a kerfuffle.

It all started when scientists came up with the second law of thermodynamics, which basically just says that if you drop an ice cube in a pot of boiling water, it won’t make the water hotter.

Well, Maxwell’s Demon essentially says “sure, but what if we’re talking about really tiny things experiencing somewhat quantum interactions?” This made a lot of sense and has led to numerous breakthroughs in the field of quantum physics.

But then Szilard comes along and says, “Oh yeah, what if the system only had one molecule and, like, the demon was really bored?”

Those probably aren’t their exact words. I’m, admittedly, guessing. The point is that Szilard’s Engine was tough to swallow back when he wrote it in 1929 and it’s only garnered more scrutiny since.

Don’t just take my word for it. It’s so awful that John D. Norton, a scientist from the department of history and philosophy of science at the University of Pittsburgh, once wrote an entire research paper describing it as “the worst thought experiment.”

In their criticism, Norton wrote:

That’s borderline hate-poetry and I love it. The only criticism I have to add is that it’s preposterous Szilard didn’t reimagine the whole thing as “Szilard’s Lizard.”

The missed opportunity alone gets it our stamp for “worst scientific thought experiment.”

The worst philosophical thought experiment of all time

Honestly, I’d say René Descartes’s “cogito, ergo sum” is the worst thought experiment of all time. But there’s not much to discuss.

You ever meet someone who, if they started a sentence with “I think,” you’d want to interrupt them to disagree? Imagine that, but at the multiverse level.

Accepting Descartes’s premise requires two leaps of faith in just three words and I’m not prepared to give anyone that much credit.

But, admittedly, that’s low hanging fruit. So let’s throw another twist in this article and discuss my favorite paper of all time because it’s also the worst philosophical thought experiment ever.

Nick Bostrom’s “Simulation Argument” lies at the intersection of lazy physics and brilliant philosophy. It’s like the Han Solo of thought experiments: you love it because it’s so simple, not in spite of it.

For the sake of fairness, this is how Bostrom puts it:

This paper argues that at least one of the following propositions is true: (1) the human species is very likely to go extinct before reaching a “posthuman” stage; (2) any posthuman civilization is extremely unlikely to run a significant number of simulations of their evolutionary history (or variations thereof); (3) we are almost certainly living in a computer simulation.

Think about it for a second.

Done? Good. It doesn’t go any deeper. It really is just, what if all of this is just a dream? But instead of a dream, we’re digital entities in a computer simulation.

But that doesn’t mean Bostrom’s paper isn’t important. I think it’s the most influential thought experiment since Descartes’s off-putting insistence upon his own existence (self involved much D?)

Bostrom whittled the Simulation Argument down with Occam’s Razor until it became a paper capable of pre-empting your biggest “yeah but, what about….” queries before you could think them.

Still though, you don’t have to be the head of Oxford’s philosophy department to wonder if life is but a dream.

The actual worst thought experiment(s) of all time

There’s no official name for this one, so we’ll just call it “That time the people building the A-bomb had to spend a few hours wondering if they were about to set the atmosphere on fire before deciding the math looked good and everything was going to be fine.”

A close runner-up for this prize is “That time the Nazis’ most famous quantum physicist was asked if it was possible that Germany’s weapons could blow up the Earth by setting all the oceans aflame and he was all like: lol, maybe.”

If I can channel our pal John D. Norton from above: these thought experiments are the worst. Allow me to list the ways I hate them.

The Axis and Allies weren’t far apart in their respective endeavors to create a weapon of mass destruction during World War II.

Of course we know how things played out: the Germans never got there and the US managed to avoid lighting the planet on fire when it dropped atomic bombs on the civilian populations of Hiroshima and Nagasaki.

In reality, Albert Einstein and company on the Allies’ side and Warner Heisenberg and his crew on the Axis’ were never concerned with setting off a globally-catastrophic chain reaction by detonating an atomic bomb. Both sides had done the math and determined it wasn’t really a problem.

Unfortunately, the reason we’re aware of this is because both sides were also keen to talk to outsiders. Heisenberg famously joked about it to a German politician. And Arthur Compton, who’d worked with Einstein and others on The Manhattan Project, gave a now infamous interview wherein he made it seem like the possibility of such a tragic event was far greater than it actually was.

This is our selection for the absolute worst thought experiment(s) of all time because it’s clear that both the Axis and the Allies were pretty far along in the process of actually building atomic bombs before anyone stopped and thought “hey guys, are we going to blow up the planet if we do this?”

That’s Day One stuff right there. That’s a question you should have to answer during orientation. You don’t start building a literal atom bomb and then hold an all-hands meeting to dig into the whole killing all life thing.

We can do better

Those are all great examples of terrible thought experiments. For scientists and philosophers anyway. But everyone knows the worst ideas come from journalists.

I think I can come up with a terrible thought experiment that’ll trump each of the above. All I have to do is reverse-engineer someone else’s work and restate it with added nonsense (hey, it worked for Szilard right?).

So let’s do this. The most important part of any thought experiment is its title. We need to combine the name of an important scientist with a science-y creature if we want to be taken seriously like “Maxwell” and his “Demon” or “Schrödinger” and his “Cat.”

And, while substance isn’t really what we’re going for here, we still need a real problem that remains unsolved, can be addressed with a vapid premise, and is accessible to intellects of any level.

Thus, without further ado, I present: “Ogre’s Ogre,” a thought experiment that uses all the best ideas from the dumb ones mentioned above but contains none of their weaknesses (such as math and the scientific method).

Unlike those theories, Ogre’s Ogre doesn’t require you to understand or know anything. It’s just quietly cajoling you into a natural state of curiosity.

In short, Ogre’s Ogre isn’t some overeager overachiever like those others. Where Maxwell’s Demon demonizes particles by maximizing the tendency toward entropy, and Szilar’s Engine engages in entropy in only isolated incidents, Ogre’s Ogre egregiously accepts all eventualities.

It goes like this: “What if C-A-T really spelled dog?” 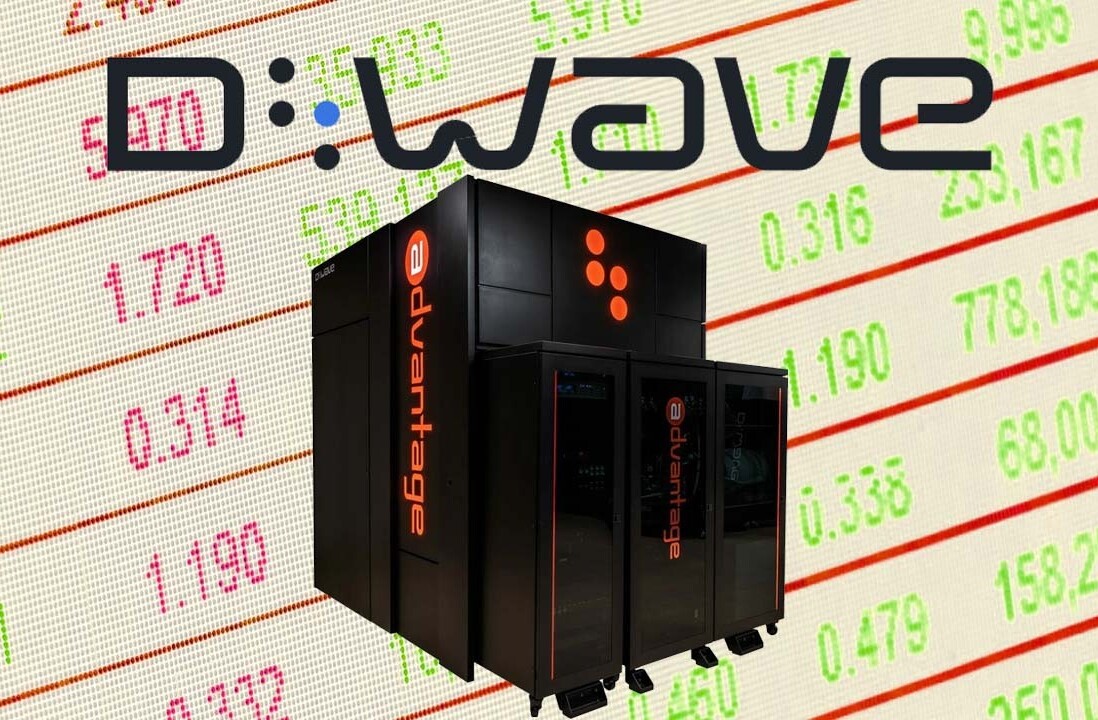