This article was published on February 15, 2022

I’m gonna say something a little controversial: I don’t really care if my headphones have noise canceling.

Sure, I might appreciate the isolation on a long plane ride, but for 95% of what I use headphones for, noise canceling isn’t a priority — or it’s straight-up undesirable. Whether walking down a busy street, doing the dishes, or riding my bike through a quiet trail, I prefer music and audiobooks add to the environmental soundscape, not replace it altogether.

I know I’m not unique in this either; it’s the reason some people prefer basic AirPods, which generally don’t form a tight seal, over the AirPods Pro.

Sony’s new LinkBuds are made for people like me, and at $180, they’re clearly trying to capture that entry-level AirPods market too. They’re simply the best headphones I’ve tried when it comes to enabling full ambient awareness — a little ironic, coming from the company that might have the best noise-canceling tech in the business.

I’ve been using the LinkBuds for a couple of weeks now, and they do a whole lot right — but there are some important caveats to keep in mind as well.

What makes them so unique?

The alien-looking earbuds use a ring-shaped driver in order to maintain a hole in the middle that allows sounds to reach your ear with virtually no attenuation at all; you can hear the outside world as clearly as if you weren’t wearing headphones at all.

They’re also made for people who don’t like the sensation of sticking a plunger into your ear. Unlike most earbuds, the LinkBuds don’t actually enter your ear canal, instead nesting comfortably right outside them (that’s good news on the earwax front too).

We’ve seen a few earbuds like this before — Samsung’s Galaxy Buds Live come to mind — but none with quite the combination of fit and ambient transparency.

Why not just use ambient modes on noise-canceling headphones?

Most noise-canceling headphones these days also offer a “transparency” mode that uses built-in microphones to feed outside sounds back into your ears. The problem is, the transparency mode on most headphones usually isn’t very good.

Don’t get me wrong; I’m grateful the feature exists on many headphones. It usually does do at least the bare minimum, allowing you to hold conversations and hear your environment. But for a lack of a better word, these transparency modes almost always sound weird — like you’re listening to the world with strange EQ settings. It’s fine for the occasional short conversation, but it’s not something I want to use for any extended period of time.

More practically, ambient sound is (usually) something you have to manually activate via a button press or two; if you need to speak with someone, it’s often easier to simply remove the headphones than to switch to modes. The feature is also often ineffective under windy conditions; I’ve yet to find a single pair of headphones whose ambient sound mode actually works without being a mess of distortion when I’m riding my bike.

Wearing the LinkBuds simply sounds like wearing nothing; the sound is so transparent that you could leave the earbuds in all day (if you don’t mind being that person). Even the standard AirPods provide a little bit of attenuation, especially if you have smaller ears. The LinkBuds should allow virtually everyone to hear their surroundings with full transparency.

In fact, Sony mentioned part of the inspiration behind the LinkBuds was how Gen Zers often wear one earbud at a time so they can remain connected with their online worlds while still being aware of their surroundings.

Now, I’m an old millennial, but I often do one earbud while working or doing the dishes in order to maintain ambient awareness; I appreciate that the LinkBuds allow me to hold conversations that sound natural while still feeding me audio in stereo. Sony even has a feature that will pause music automatically when the LinkBuds detect you’re having a conversation.

All that being said, wish Sony had taken a note from the Galaxy Buds Live and implemented noise canceling anyway. Those earbuds don’t create a strong seal either, but use active-noise canceling to offer some isolation. Sure, an open design isn’t ideal for noise-canceling, but I wouldn’t mind having the option for some attenuation when needed.

How do they fit?

The LinkBuds rest outside your ear canal; you simply need to choose the right-sized silicone ‘wing’ to anchor the earbuds to your inner earlobes. I find the LinkBuds both comfortable and stable; they felt secure while working out and riding my bike. Their unique no-insertion design means they should fit most people’s ears, but it’s possible someone with smaller ears might find the hard plastic a little annoying after extended use.

On the plus side, that plastic is made from recycled automobile parts, which is pretty cool. The carrying case is also absolutely tiny, so you won’t have an awkward bulge in your pocket.

Are the controls good?

Sony got so much right here, but there are some decisions that drive me a little nuts.

By far the coolest thing about the LinkBuds, besides their open-back design, is a feature Sony calls “Wide Area Tap.” Instead of tapping the tiny headphones themselves, the headphones use some techno-wizardry to allow you to touch a large area in front of your ear.

It works remarkably well; better, in fact, than the touch controls on most earbuds. It’s also oblivious to unintentional touches, so you won’t accidentally play music when scratching your head or taking the earbuds off.

Better yet, the LinkBuds are one of the few earbuds with full-fledged hotword detection for the Google Assistant. Rather than having to press-and-hold to invoke voice commands, you can simply say “Hey Google” or “Okay Google” and check your notifications, skip or rewind music, ask about the distance to the moon, or whathaveyou. It’s not quite as responsive as the Pixel Buds A-Series — the best earbuds at handling voice commands I’ve used — but it’s pretty darn close.

Unfortunately, the LinkBuds’ controls suffer from a serious lack of customization.

You can only choose from a handful of control presets, and as the LinkBuds only support double taps and triple taps (no single tap or press-and-hold), you’re very limited as to what features you can access simultaneously.

Still, I ultimately settled for the Google Assistant on the right earbud and having ‘play’ and ‘skip’ set to the left earbud; I can access full playback and volume controls through the Assistant anyway.

On the one hand, with a typical fit, the LinkBuds offer a good tonal balance with a solid amount of bass and a fairly neutral midrange (I’d prefer more energy in the upper treble and sub-bass out of the box, but you can easily EQ this with Sony’s app). They don’t audibly distort even with the bass turned up at max volume.

The completely open design also makes them sound way more spacious than your typical earbuds; they’re essentially the earbud equivalent of open-back headphones, and as such, they have some of the best spatial presentation I’ve heard from tiny little speakers you stick in your ears, especially if you’re using Sony’s 360 audio tech.

On the other hand, the sound quality is a bit inconsistent. While typical earbuds do require you to fiddle with the seal to get the best sound quality, once you find the right tips, the sound is normally quite stable. With the LinkBuds, it’s easy to notice sound change subtly with positioning, the bass output in particular. This isn’t the worst problem in the world — the same can even happen with full-size headphones, but it’s something to be aware of.

The bigger problem for some will likely be that the LinkBuds just don’t get very loud. That’s fine in a quiet environment or if you only listen to music mastered loudly (read: most pop music), but if you mix in tracks with more dynamics, you might find yourself wanting more volume when listening in loud environments. I often found myself pushing the earbuds deeper into my ears to get extra volume while riding the subway.

On that note, it’s also worth noting that one of the advantages noise-canceling headphones have over the LinkBuds is that they allow you to listen at lower volumes overall, which is obviously healthier for your hearing.

Anything else I should know?

So who are these for?

At $180, the LinkBuds feel fairly-priced as an AirPods competitor with a few tricks up its sleeve. If you’re an Android user who’s lusted after the simplicity and reliability of the AirPods, the LinkBuds could very well be your best alternative, along with the Pixel Buds A-Series (although the latter do block some sound).

The LinkBuds are not headphones you buy for pure sound quality. You might want to have a second pair of headphones for when you do eventually need better sound isolation. They’re certainly not headphones I’d recommend to everyone.

But if you’re someone who values ambient awareness and being able to seamlessly switch between listening to your phone and listening to the real world, it’s hard to find a better choice than the LinkBuds. 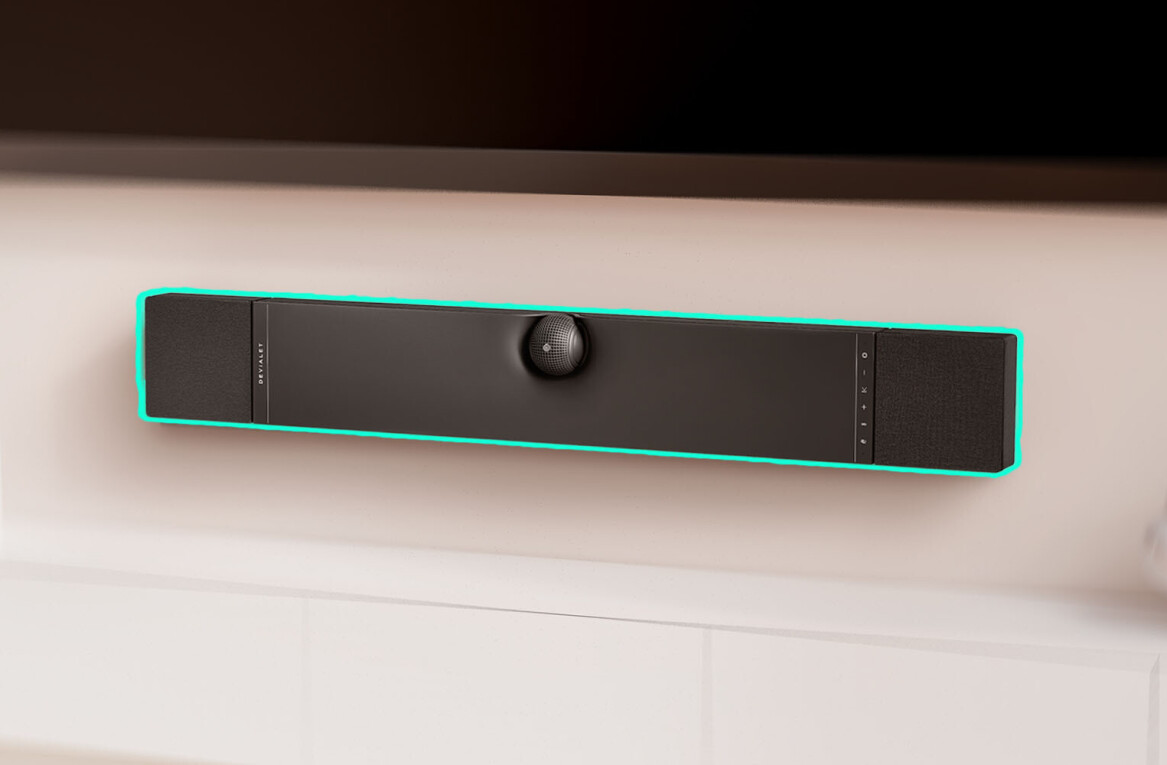 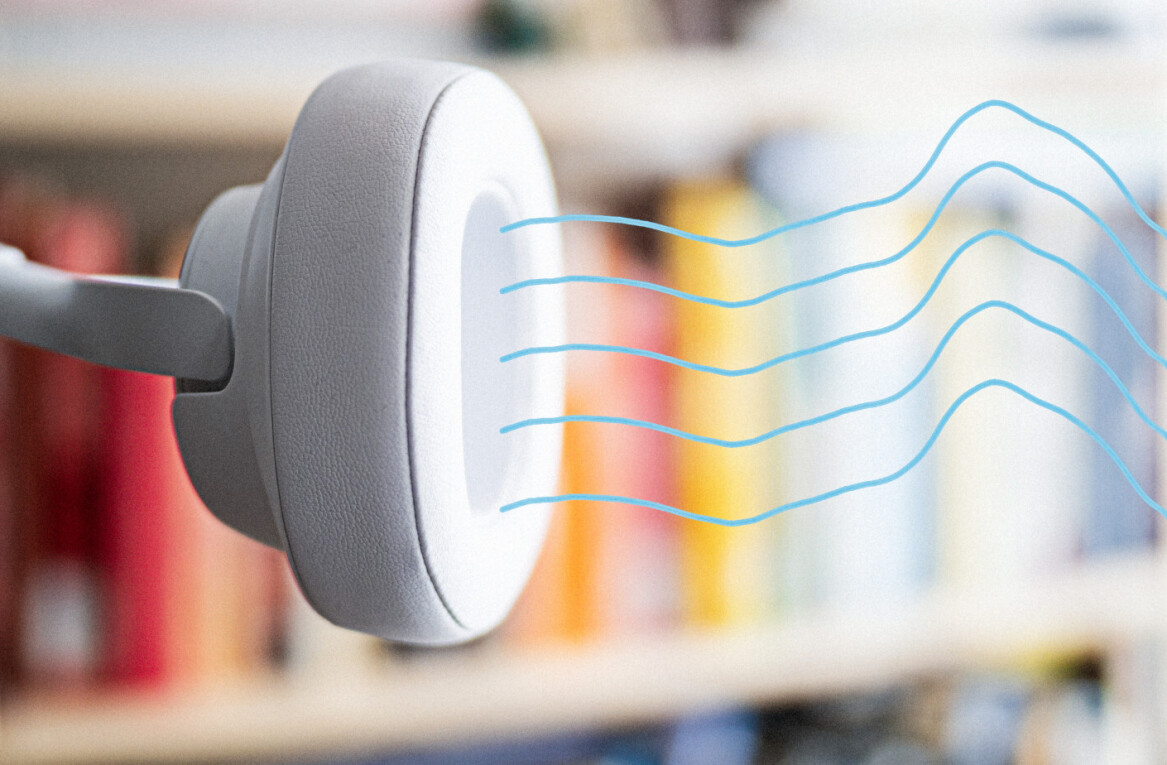