This is adapted from Plugged In, TNW’s bi-weekly newsletter on gear and gadgets. Subscribe to it here.

Pals, it hurts. Oh god, it hurts: England lost the final of the Euro 2020 championship. Yes, it might have happened over a week ago now, but some things take time to heal.

On one hand, my overriding emotion remains a hearty oof…

…but on the other? I’m somehow actually… overflowing with joy? Not only was this the first final the men’s football team reached since 1966 (woo!), but the current crop of players represent England in… a positive light?

Genuinely, I’m as shocked typing that as you are reading it.

Yes, some of this was overshadowed by some monumental fucking bellends throwing racist abuse at England players. But the reaction against this has been heartwarming in itself. People have come together to fight and condemn it. The world isn’t all bad.

The folks over at Tito Football put it best: this England team didn’t really lose — and neither did we. Neither did we, friends.

Over the past month, I’ve had the pleasure of watching the games with ACTUAL PEOPLE IN REAL LIFE.

This — and prepare yourself gentle reader — is where I clumsily pivot into the theme. Drum roll please… it’s technology that’s made this shared sporting experience possible.

The question is what sorta tech? You might think I’m gonna say something obvious, like IPTV or VPN or even just televisions, but you’d be wrong. So very, very wrong.

Instead, I’m talking about the portable projector that allowed me to bask in the potential glory of Football Coming Home while being… on a boat under a bridge?

Let me paint you a picture.

It’s Saturday. It’s raining. England are in the quarter-finals of the Euros. But here’s the twist: it’s a good friend’s birthday and we’re going on a boat trip. What am I, a Footie Monster™ of the highest level, meant to do?

Step one, bring a portable projector with me on the boat. Thankfully, I had the excellent XGIMI MoGo Pro on hand: 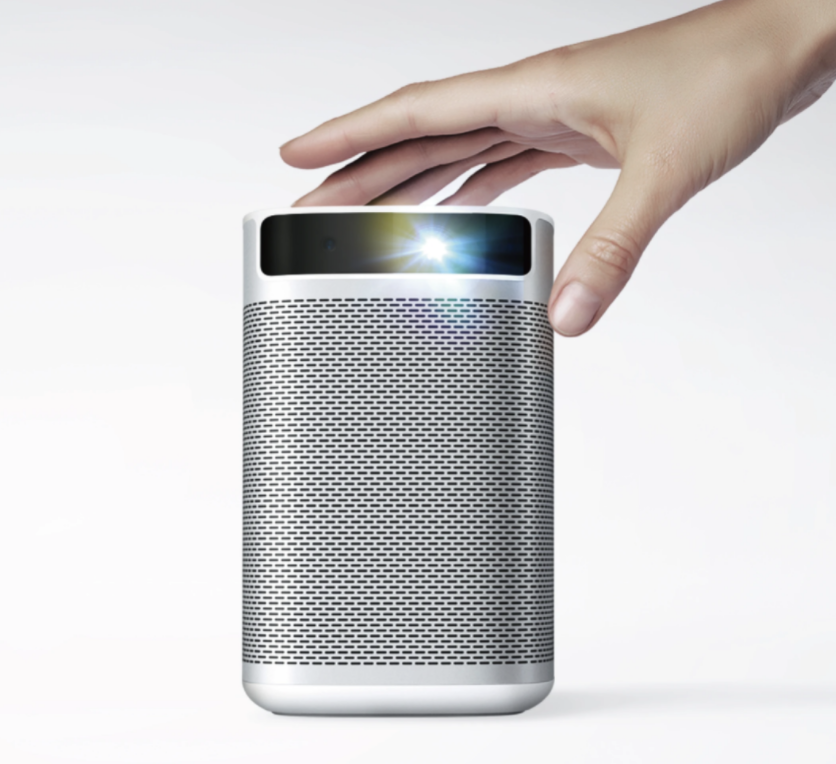 This little thing is an absolute marvel. It’s about the size of a portable Bluetooth speaker, has a 1080p resolution, and can project up to sizes of 100 inches. On top of that, it runs Android, so you can just use your favorite video apps.

Overall, exactly the sorta thing you need to watch football while sailing the high seas/canals.

But, there’s a step two on the way. The thing about boats is… they don’t tend to have walls. So we had to find somewhere to project the match that was also safe from the rain.

And hell, did we find that. OBSERVE:

The XGIMI MoGo Pro did its job beautifully. We watched the match protected from the rain, while it pumped out the lovely commentary. In other words, a dream.

To me, moments like these are the purest expression of consumer technology. The MoGo Pro allowed myself and those around me to share an experience in a strange place, something that would’ve been impossible otherwise.

Five or ten years ago, something like this would’ve been borderline unthinkable. From structural elements like mobile internet, to just how expensive a portable projector would’ve been, experiences in this vein help remind me that we’re living in the future.

Damn. Now I can’t wait to start caring about football again in the next tournament to see what other sweet gadgets can get me so hyped. Bring on the World Cup.