Several companies, including Apple and Microsoft, are betting that the world of tomorrow will, at least in part, be carried out in the metaverse. To this end, Microsoft recently acquired the video game giant Activision Blizzard for US$68.7 billion.

As more of our daily activities take place online, we believe it’s time to consider how this may eventually play out; if tomorrow’s city dwellers prefer the metaverse to brick-and-mortar stores and other urban amenities, what will it mean for cities and what purposes will cities ultimately serve?

As professors in the departments of urban environment and digital culture we delve into this question and examine how the metaverse could profoundly change our relationships with urban spaces. This vision of the future may seem quite dystopian, but let’s take this opportunity to imagine what the cities of tomorrow might look like.

From science fiction to reality

The term metaverse does not come from the fields of science and technology, but rather from science fiction. Neal Stephenson coined the term in 1992, in his novel Snow Crash to designate a dystopian virtual urban environment.

Stephenson’s metaverse is depicted as a very long boulevard generated by powerful computers. It is controlled by the Global Multimedia Protocol Group, which manages building permits, regulates zoning, and delimits the boundaries of businesses, parks, and advertising spaces. These spaces, rented or bought by large corporations, make the metaverse a virtual urban environment entirely controlled by private interests, those of the digital technology giants.

Thirty years after the publication of Stephenson’s novel, elements of science fiction are now giving us a preview of the new realities and new urban challenges to come. We are currently spending astronomical amounts of money to make our cities more liveable, equitable, and sustainable, but what good are these investments if the citizens’ of tomorrow will only experience the city virtually?

Let’s start by tackling social activities. Many urban attractions such as cinemas, restaurants, museums, and historical monuments will see a drop in the number of customers passing through their doors. It’s already possible to visit several museums virtually.

The virtual reality experience ‘Eternal Notre-Dame’ was launched in Paris in January 2021, and allows virtual visitors to tour the famous cathedral.

As the metaverse grows, it will need more money, land, and infrastructure to house the computer servers it runs on. Although the experiences are virtual, their costs — in terms of money, energy, and environment — are real and increasing.

Will funding come from budgets previously allocated to urban spaces and infrastructures? Will our governments follow Saudi Arabia’s or South Korea’s example and start investing in infrastructure and plots of land within these novel virtual cities?

In the coming years, other social activities such as enjoying a coffee or a beer with friends, may also take place online. Not only will these virtual meetings eliminate the constraints of distance, reducing our use of urban transport, but they will also allow us to choose a location for a meeting anywhere on the “planet.”

For example, a morning coffee with colleagues in the virtual garden of the Eiffel Tower could give way, in the evening, to festivities at a Super Bowl game in augmented reality. It would be like having sideline seats, but with the ability to choose different camera angles with a wave of the hand.

Microsoft already offers a vision of this futuristic sporting experience with an augmented reality helmet called the HoloLens. Not only does the helmet give viewers the impression they are sitting in the stadium, it also allows them to interact with the screen using hand gestures.

Will the sociability of strolling through shopping malls, already virtualized by online sales, be reincarnated in the metaverse? Several companies believe so, including Samsung and Nike, which have launched retail spaces in the metaverse. And the Ralph Lauren clothing company launched a digital collection in the Roblox immersive world in December.

Imagining a future where social activities take place in the metaverse may seem hasty and even a bit far-fetched, but the transition is already underway. Several major events have already transitioned to virtual venues, including the Sundance Film Festival, and artists like Ariana Grande, J. Balvin, and Travis Scott are performing virtual concerts. Scott’s concert, shown on the video game platform Fortnite in 2020, attracted more than 12.3 million guests.

Physical activities are also increasingly being carried out virtually. Companies like Peloton now offer Tour de France and Giro-caliber bike rides, without the hassle of having to travel to Europe. Their popularity has soared to 5.9 million users in 2021 from 1.9 million users in 2019.

Another example would be the company Tempo, which uses artificial intelligence to offer in-home workouts with a virtual personal trainer.

While practical, this transition to the metaverse changes the ways we interact with the urban environment and forces us to reconsider our urban priorities.

Without the need for urban spaces and the businesses that surround them, the benefits of living in the city may also diminish. Many Canadian households became used to telecommuting during the pandemic, and have since chosen to move out of the city and take advantage of more affordable rents. If, in addition to working from home, many people are able to carry out their social and physical activities remotely from the metaverse, we could very well see a new urban exodus.

Apple, Meta and Microsoft are not the only companies convinced that we will occupy the virtual worlds they are investing in, and cities must start taking this into consideration. Many urban spaces, infrastructures and developments will have to be reviewed and even reimagined. This process can take many forms.

For example, one response to the corporate promises of virtual happiness associated with the metaverse could come in the form of new urban projects, such as the creation of community gardens and the redevelopment of coastal areas into urban beaches. Initiatives such as these, coupled with a renewed supply of affordable housing, could very well partially counteract the expected urban exodus.

Regardless of the chosen solution, it must stem from concerted and collective efforts from both the public and private sectors. Such efforts will have to involve current citizens to establish what roles we wish the metaverse to play in the cities of tomorrow.

If we do not start asking these questions soon, Silicon Valley will be happy to provide the answers. There’s little to prevent Stephenson’s dystopian metaverse world from becoming reality.

In any case, it is clear that the more private companies invest in virtual urban environments, the less we as a society are paying attention to the urban spaces we live in. 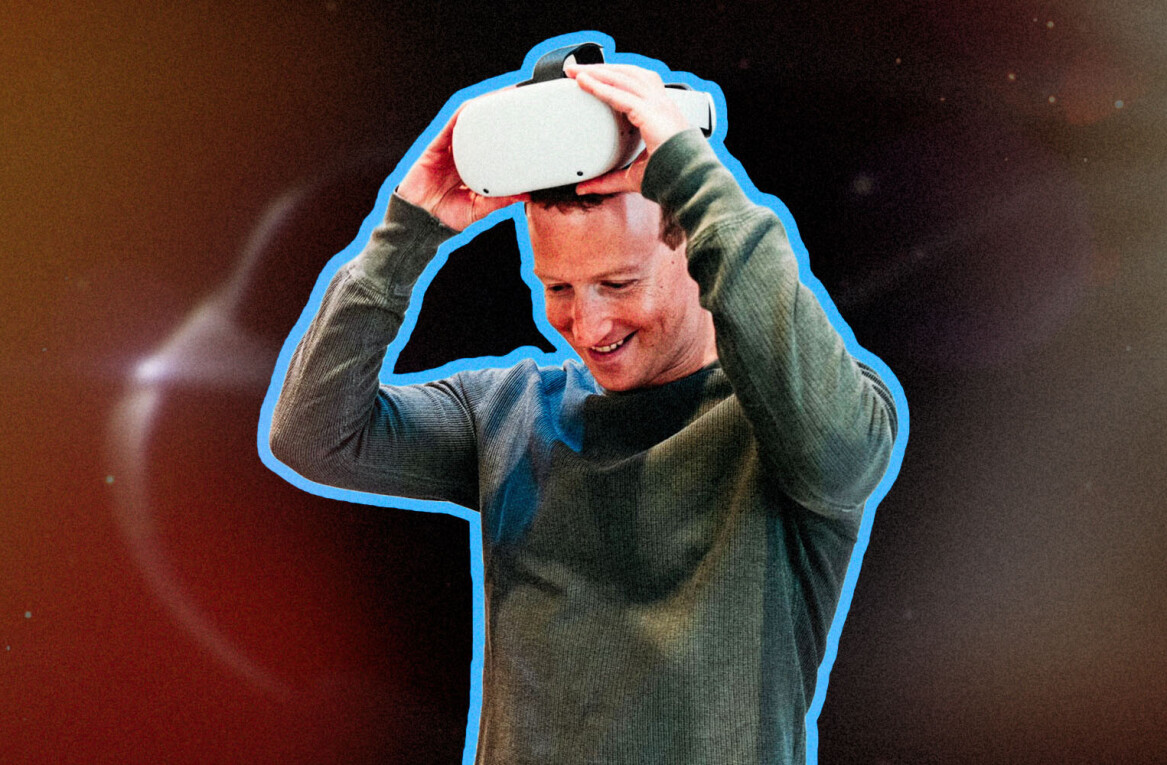 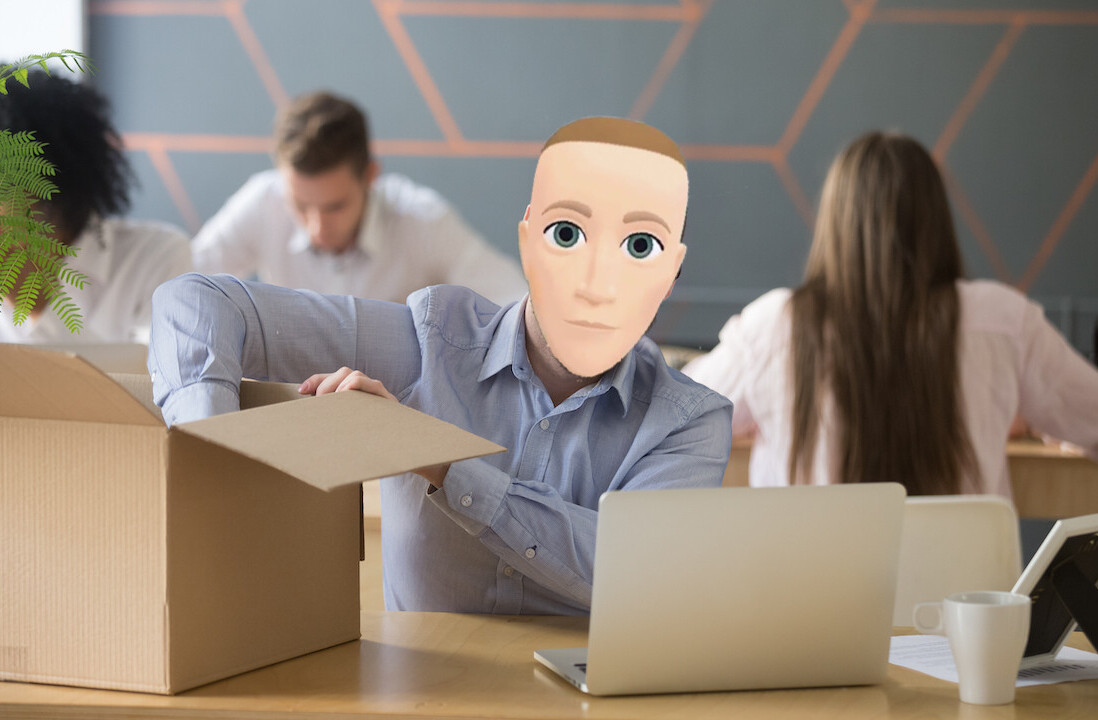