This article was published on November 25, 2022

Transitioning to clean energy is imperative — and Europe is committed to achieving net zero emissions by the year 2050. But relying on existing renewable energy sources alone won’t do the trick. Intermittency of supply, pressures on land use, scalability, and toxic waste limit how quickly and effectively those solutions can be rolled out.

But there’s hope. The European Space Agency (ESA) has been exploring a new technological solution that could overcome all these challenges: solar power delivered wirelessly from space to Earth — also known as space-based solar power (SBSP).

Although this might seem like science-fiction, the concept is more achievable than it sounds. The sun is continuously available, inexhaustible, and sustainable. Harnessing its power from above the Earth would be more efficient compared to weather-dependent terrestrial solar power solutions. In fact, sunlight is on average more than ten times as intense at the top of the atmosphere as it is down at the surface of the Earth.

The question is how do we manage this?

According to the agency, Europe can use its expertise in building and launching communications satellites to develop and scale-up to solar power equivalents.

Once completed, these satellites will collect the full power of the sun’s energy 24 hours a day, seven days a week and beam it down wirelessly to Earth to receiver stations. These will then convert it into electricity and feed it to the grid.

But this is no simple undertaking and for this reason ESA has created Solaris, a preparatory program that will help Europe make a final decision in 2025 on the potential full development of space-based solar power.

In collaboration with European industry, the program focuses on studies and technological developments. The aim is to mature the technical feasibility and evaluate advantages, implementation options, business opportunities, and risks of SBSP as a contributor to the decarbonization of earthbound energy.

According to ESA, space-based solar power will require novel technology developments, but it is overall based on existing technological principles and known physics.

The large size of the structures to be sent to space for the completion of solar satellites — along with the high number of launches this would require — are also no longer a prohibitive factor. The substantial reduction in both launch and space hardware development costs in the past decade make such construction economically feasible, especially as the end-result would be a continuously available source of clean energy.

To put the potential benefit into perspective, a single solar power satellite of the planned scale would generate around 2GW of power. That’s equivalent to a conventional nuclear power station, something able to power more than one million homes. In comparison, it would take more than six million solar panels on the Earth’s surface to generate the same amount of energy.

Seeking to assess the feasibility and potential of space-based solar power, the ESA commissioned in early 2022 two independent cost vs. benefits studies from Frazer-Nash in the UK and Roland Berger in Germany.

Taking into consideration future market demands and technological projections, these studies conclude that, when deployed at scale, space-based solar power would provide substantial environmental, economic, and strategic benefits for Europe.

Specifically, by 2040, SBSP could contribute towards sustainable and competitively-priced electricity for European homes and businesses in two different ways.

First off, being a basedload source of power, SBSP can be compared to equivalent fossil-fuel sources (nuclear, carbon, and gas with carbon capture technology), which it could eventually replace, minimizing their environmental footprint.

Secondly, it could complement existing renewables (such as solar PV and wind), which even if they expand to the level required for the Net Zero by 2025 scenario, will still need partial support from baseload power. Adding space-based solar power to the renewable energy mix would not only help to provide stability and reliability to the grid, but also reduce the need for large-scale storage solutions.

Still, the studies demonstrate that a significant number of challenging technological developments are needed to increase the feasibility of collecting gigawatts of power in space, and delivering it efficiently and safely back to Earth.

What are the technologies being developed?

As part of the Solaris program, ESA has called the European tech industry to test the feasibility of the various technological developments needed for the implementation of space-based solar power.

Given that SBSP is a vastly interdisciplinary field, there’s a variety of focus points, ranging from photovoltaic array and solar cell improvements, to advanced propulsion systems.

To find out more, we spoke with two companies participating in the project: Belgium-based Space Applications Services and Switzerland-based Astrostrom.

Belgium’s Space Applications Services is looking into the in-space assembly of SBSP stations.

“An SBSP system is typically [extremely large] in comparison to anything ever put in space by humans, having a span of kilometers, whereas the largest systems assembled in space are “no larger” than a football field,” Diego Urbina, Team Lead, Future Projects and Exploration, told TNW.

As it’s impossible to launch all parts in one go, in-space assembly is required.

“Skybeam is a project in which we are studying and simulating the use of a Multi-Arm Robot developed in the ESA MIRROR project (originally intended to assemble a telescope), or in fact, dozens or hundreds of them working collaboratively to build the large station,” Urbina explained.

The idea is a spacecraft will deliver multiple Multi-Arm Robots to the initial stage of the station — followed by separate deliveries of the remaining station modules. These robots will then grab and position the modules one by one until the station is complete.

Both the robots and the station will have the company’s proprietary HOTDOCKS technology, a mating interface that enables the assembly of modular spacecraft.

As per Urbina, the aim is to “facilitate assembly, repair, and operations in general through this modularity.”

Switzerland’s Astrostrom is pursuing another approach to harnessing the sun’s energy from space: the moon.

“Instead of building massive [solar power] satellites on Earth, which must be highly efficient and expensive and launching them from the surface of Earth at great cost, our proposal is to install the industrial capacity on the Moon to build solar power satellites from mostly lunar materials and to robotically assemble these in orbit,” Arthur Woods, the company’s CEO, told TNW.

The initial aim would be to supply power for lunar operations, and once this proves successful, to scale these operations for building solar power satellites (SPS) that would provide energy supply to Earth.

“While this may sound like something in the far future, the road map and the time frame for developing SBSP from Earth or on the Moon would be about the same once the commitment has been made. Indeed, this development could be done in parallel,” Woods noted.

As the lunar environment doesn’t allow for the production of high-efficiency photovoltaics the same way they’re made on Earth, the company’s looking into more simple PV production processes that could be adapted.

The lunar regolith would also need to be mined and processed to supply the necessary ingredients for PV and the required structural elements.

According to Woods, “This must be a highly automated process than can be controlled or supervised by tele-operations from Earth and only requiring a minimal human crew on the Moon for troubleshooting and some maintenance. Once the operations reach the mass-production level, the automated system should continuously output the elements for transport to lunar orbit.”

Then, a robust transportation system would be needed to transfer the satellites either to the Moon’s orbit for assembly or the Earth’s for power delivery.

Astrostrom wants to avoid the use of launch rockets — which would require large facilities on the Moon to produce rocket fuel from scarce lunar water resources — and is examining the use of a Lunar Space Elevator (LSE) that could be developed with existing materials, and deployed with existing launch systems.

“The LSE would be a 100,000-200,000km cable extending from the surface of the Moon towards the Earth and the payloads would travel by electricity. As such, a LSE would become a very valuable space infrastructure project that could lead to further economic developments in the region of cislunar space,” Woods explained.

How would the implementation of SBSP benefit Europe as a whole?

Solaris could launch a new European space energy industry that will provide enormous opportunities for innovation and economic growth — in space and on Earth.

According to ESA, the proposed technological developments have numerous cross-application benefits and use cases. For example, robotic manufacturing and assembly techniques could be applied to the on-orbit production of various large spacecraft subsystems, which could improve telecoms and Earth observation.

Developments made in wireless power transmission technology (WPT) could contribute to stimulating the terrestrial WPT market, or the use of WPT to enable lunar or Martian exploration activities. Working towards SBSP could also result in high-efficiency solar cells and enhanced photovoltaic and power conversion systems.

Ultimately, the manufacturing and maintenance of space-based solar power has the potential to generate a commercial market that will benefit European businesses and academia by helping companies enter this emerging field of space technology development.

“Some elements of SBSP are still in the very early stage, and therefore need academic research. Meanwhile, some need the ingenuity of startups, some need a good level of experience from space companies, some need the outside perspective and expertise of non-space companies (such as from the energy sector), and some need a system-level overview that can be provided by large system integrators,” said Advenit Makaya, Advanced Manufacturing Engineer at ESA.

But, most importantly, SBSP could be the solution we need to meet our society’s energy needs and save the planet.

“Europe has the need, the technological know-how, and the financial means to become a leader in this field,” Woods said. If indeed Europe moves ahead with this project, it would ensure its strategic position in the international race towards scalable clean energy solutions for mitigating climate change.

And as the international race is heating up — with countries such as the US, China, Japan, South Korea, and Russia also pursuing the technology — the ESA is calling for further investments in technology research and development.

The future of SBSP will be decided in 2025 and, until then, the Solaris project will have hopefully determined whether the European space industry, tech sector, and academia can fully harness the power of the sun to help save our planet. 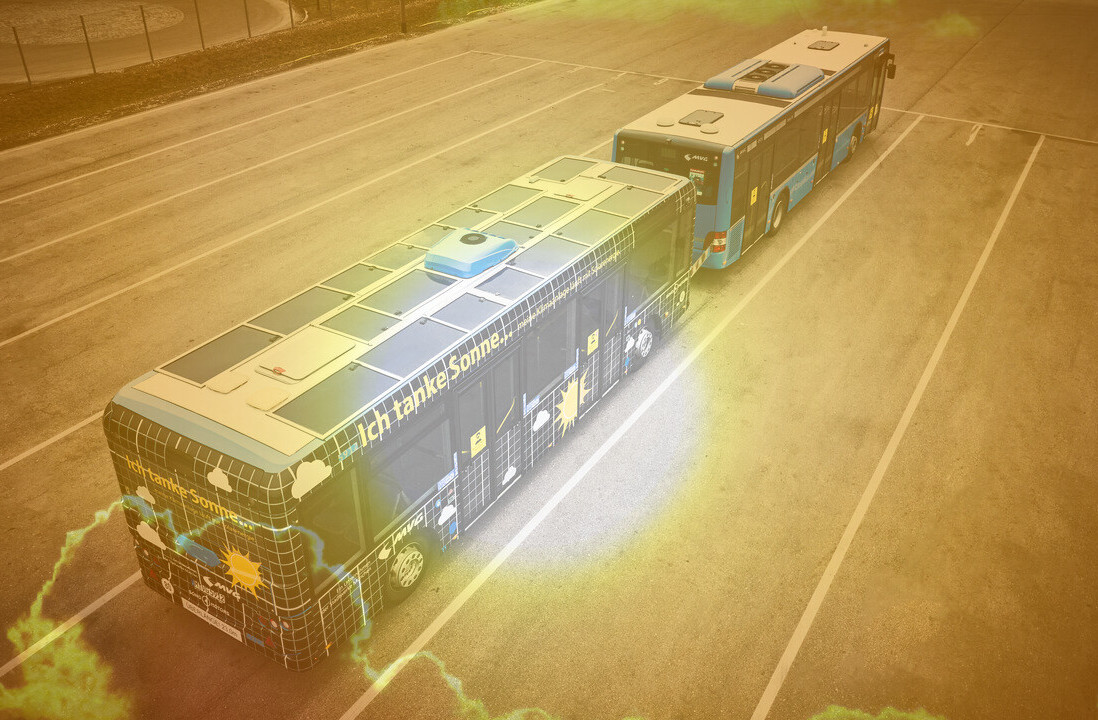 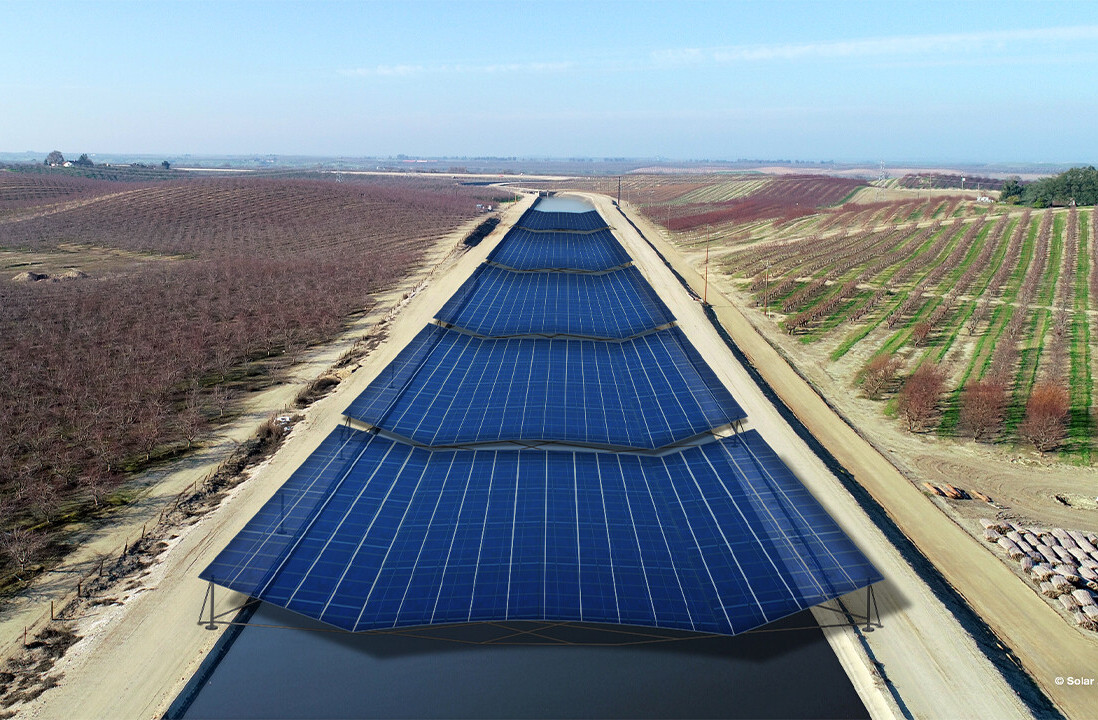