There was a time, long, long ago, that Europe sat at the top of the phone industry. Nokia was the most used handset in the world, Sony Ericsson made beloved devices, and people actually talked about Siemens.

This, of course, didn’t last. While their downfall was multifaceted and took several years, it can be roughly linked to the time when our old dumb phones morphed into the touchscreen polymaths they are today. Nokia, Sony Ericsson, and Siemens Mobile crumbled, and Europe’s smartphone dominance vanished.

In their place Apple and Samsung rose, companies that now dominate Europe’s smartphone market. The stats are telling. Currently, Apple has a 34.29% market share on the continent, while Samsung sits at 31.21%. Behind them, is a collection of Chinese brands, with Xiaomi (13.97%), Huawei (7.57%), and Oppo (2.4%) filling out the top five.

All this got me thinking. Why doesn’t Europe have a dominant smartphone? What would it take for this to happen again? And, vitally, does any of this actually matter? 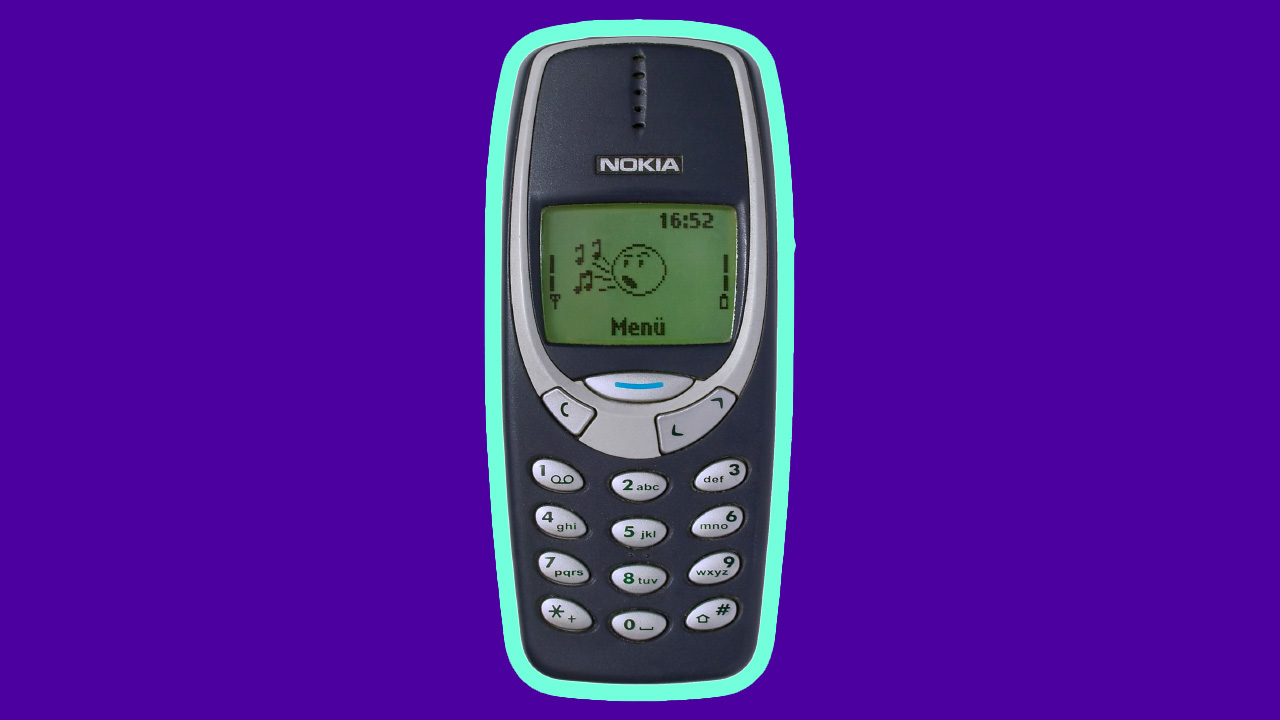 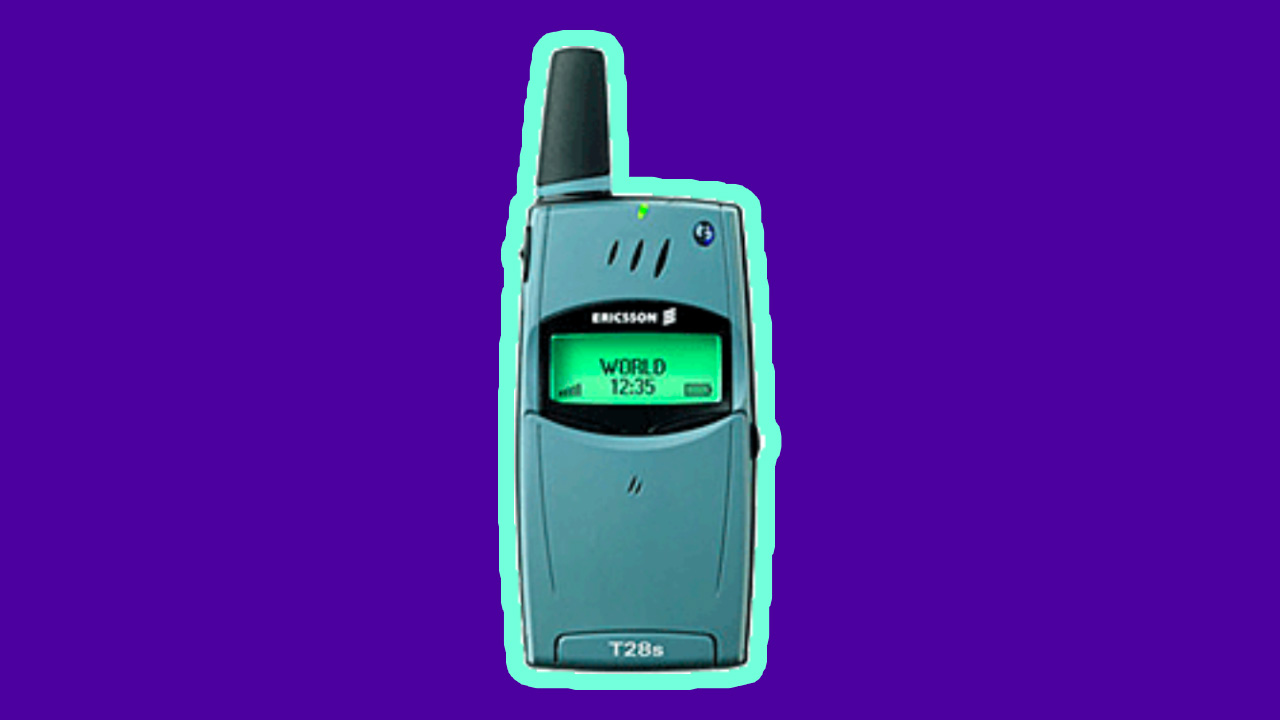 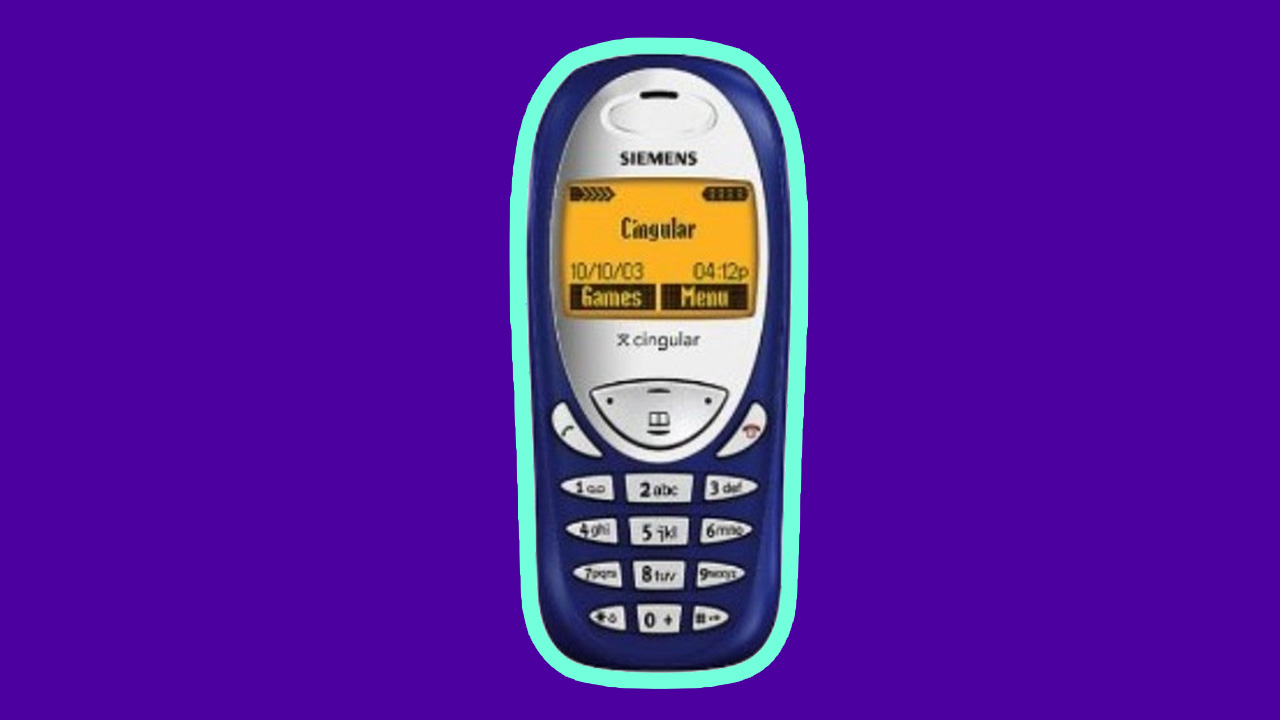 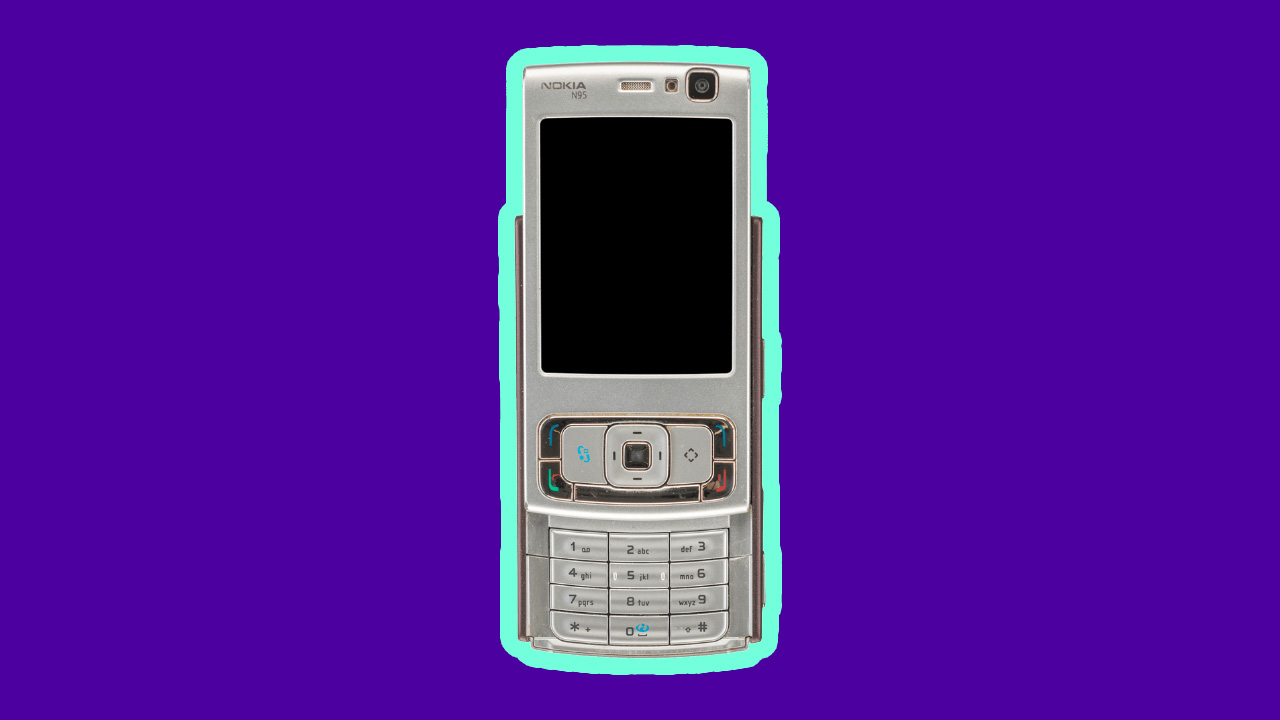 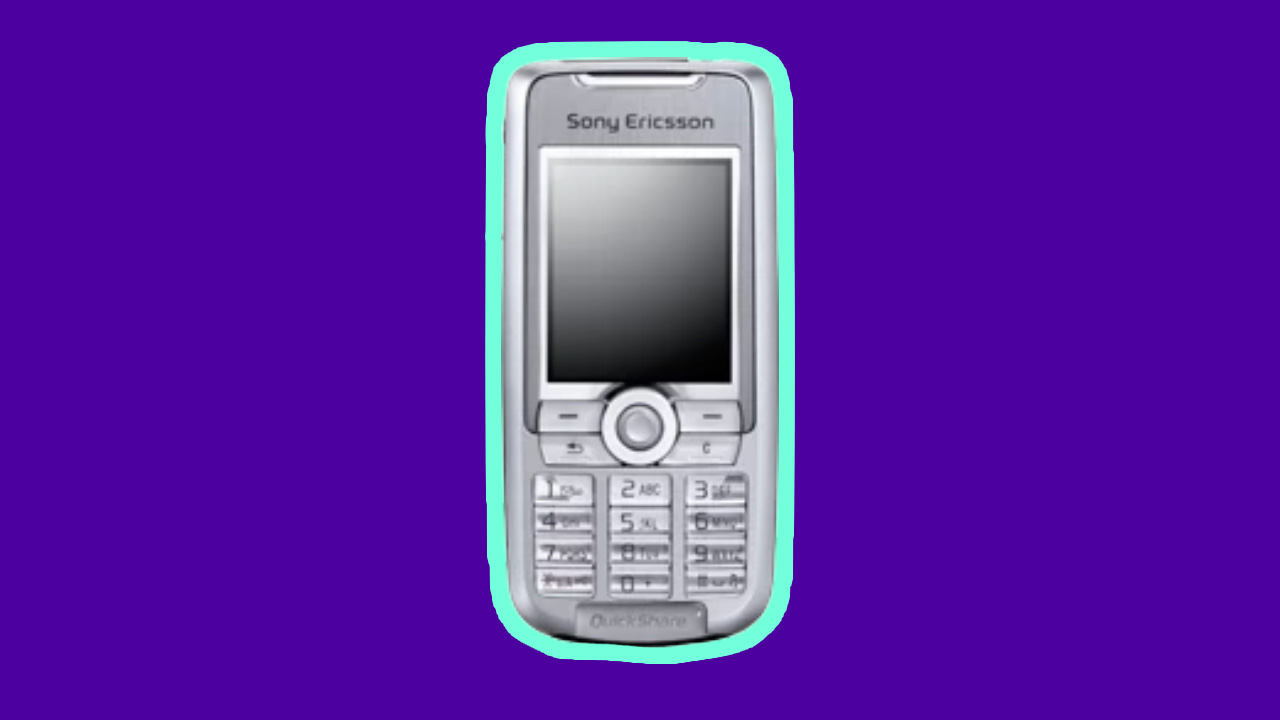 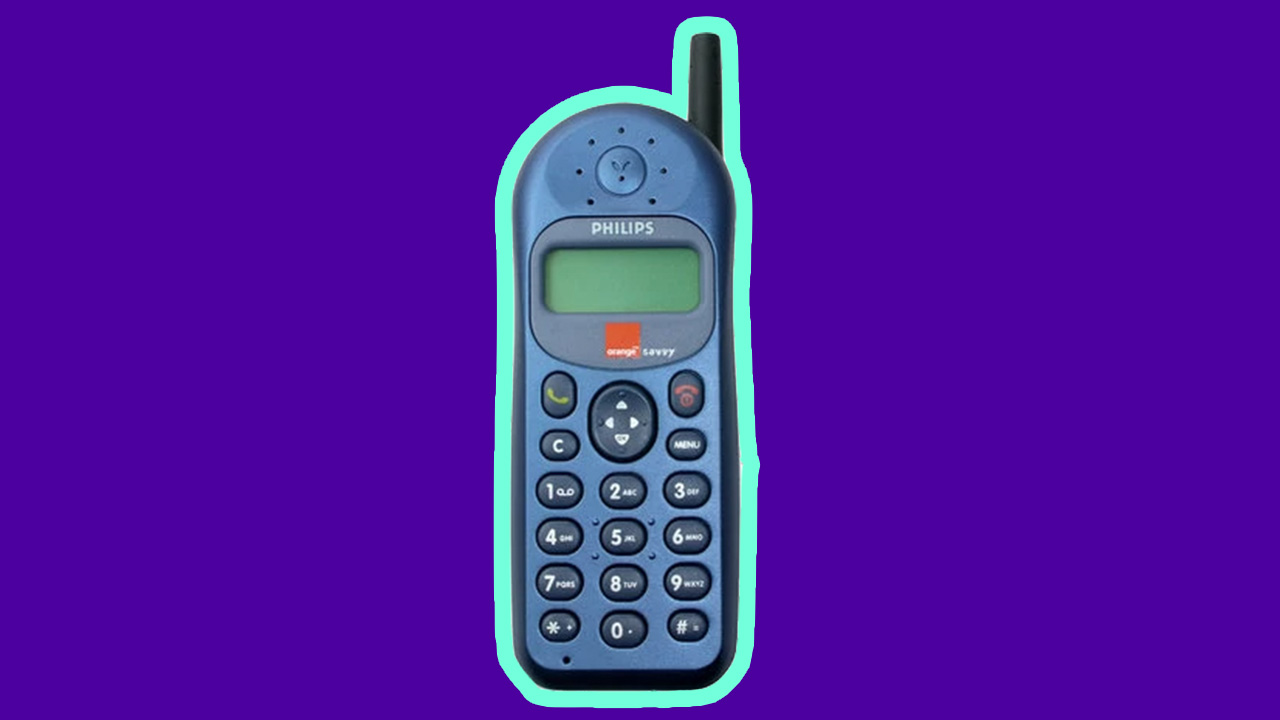 I began my journey by speaking with Jan Stryjak, an Associate Director at Counterpoint Research. He began by answering my second question, telling me it’d be nigh-on impossible for a European smartphone to become a world-leader again. Simply put, there’s no room in the market.

“From a brand point of view,” Stryjak told me, European phones “have slipped too far behind.” Apple and Samsung are too dominant — and usurping them is a tough job for Chinese phones, let alone European ones.

In fact, you have to go pretty far down the list of the most used phones to find a brand from the continent. But this in itself is a good exercise, because if we understand the plight and situation of Europe’s leading smartphone makers, then we can grasp not only their potential, but also what’s hindering them from being bigger.

After careful consideration and various conversations, the two brands making the most waves in the European phone space are Fairphone and Nothing — so those are the two we’re going to explore. And no, Nokia no longer counts as European, as its brand was bought by HMD Global back in 2016.

Forging a new path with Fairphone

Unsurprisingly from its name, Fairphone is a company trying to make, uh, fair phones. This Dutch company creates devices that are as sustainable and climate neutral as possible. It focuses on creating an equitable supply chain, as well as making phones that are both repairable and upgradeable.

Its latest device — the Fairphone 4 — ticks all of these boxes, created with recycled and ethically sourced materials. And it also includes a 5-year warranty, a rarity in today’s world of churning smartphones.

I talked with Wayne Huang — the VP of Product Operations at Fairphone — about the device, Europe’s position in the global smartphone industry, and how brands become successful. Fundamentally, Huang believes the key to success in the market is about having a “clear vision,” as well as being “laser focused on the problems you’re trying to solve” and the customer you’re selling to.

Of course though, this can’t be all there is to creating a successful brand. While Fairphone is doing admirable work, it still is a small player globally. So far, the company has sold 450,000 phones since its formation in 2013. Apple, on the other hand, sold 217 million in 2018 alone.

When I asked Huang why he thought there were no European companies operating in the same stratosphere of Apple and Asian companies, he said it was down to “consumer behavior.” People are geared towards value, getting more “bang for their buck,” if you will. Effectively they want to pay €600 and have the best specs and the best-looking device possible.

This situation benefits Chinese companies in particular, as the lion’s share of the world’s electronics manufacturing is based in the country, meaning businesses there can offer a lot at a low price. This puts much of the rest of the globe “at a disadvantage,” Huang told me. “The cost to European businesses would be too high” to compete on a spec-level with these companies.

Apple, as is often the case, is an exception in the West, but this is down to its business model, marketing, and control over its supply chain. This is a series of factors nigh-on impossible to replicate in this day and age.

European brands “won’t ever be able to compete at the same level,” as these businesses, Huang said. But that doesn’t mean he thinks it’s a lost cause. Fairphone’s dedication to “challenging the industry” and searching out consumers who care deeply about right-to-repair-compliant devices and the environment is paying dividends, and the company has grown a dedicated user base.

Effectively, Fairphone — as Huang mentioned — is a European brand finding success by being laser-focused on a problem, and carving out its own niche. Counterpoint’s Stryjak described them as providing a “very good, but very niche product.” He told me they’re “squarely in that sustainable eco-friendly area of the market” and, although they’re doing well, they couldn’t be described as creating a mass market device.

So while Fairphone is a profitable company with a solid business and a bright future, it’s unlikely it will be worrying Apple or Samsung any time soon. This isn’t a bad thing at all —but it doesn’t get us any closer to discovering if there could be another Nokia out there.

Maybe all we need is… Nothing

Another European company with the chance to put the continent back on the map is Nothing. Founded by Carl Pei of OnePlus fame, this London-based company has made waves amongst the tech-savvy with its Ear (1) buds and Phone (1).

Stryjak told me that the company has received the most hype he’s seen in this space besides anyone but Apple — yet is “a bit skeptical” of them. Fundamentally, Nothing is taking a similar approach to OnePlus, targeting a “tech-savvy audience” and creating an exclusive-feeling community around the products.

The problem, Stryjak believes, is Nothing remains a niche device. Even at OnePlus’ peak, he said, it only reached “about 4% market share in Europe” and he “can’t see Nothing doing much more than that, at least in the medium term.” Importantly, OnePlus only reached this goal after eight or nine iterations of its product, “and it’ll be similar with Nothing.”

I’ve used the Phone (1) and found it to be a device with lots of potential. It’s got a beautiful screen, stripped back version of Android, and beautiful design, but suffers slightly with a mediocre battery life and an unsophisticated night mode. But there are other teething problems. There were reports of moisture getting into the Phone (1) camera module. Similar to Stryjak, I believe more consumers will get on board when Nothing’s devices have a longer track record of success.

In regards to the company becoming a dominant player in the smartphone market, Stryjak thinks its approach is currently too specialized, appealing to the tech-savvy as an Android-based Apple competitor, rather than a phone for everyone.

But, currently, it doesn’t match the technical capabilities of other devices in a similar price range — although there is the potential of slow-burn success here. But, in this instance, Nothing’s future success is more likely to mean a solid market share, rather than dominance.

A key reason Europe lost its position in the phone market was a decoupling from consumer desire and what businesses like Nokia and Siemens could deliver. Companies from the continent simply couldn’t compete with the value Chinese businesses can deliver, or the technological advances and marketing savvy of Samsung and Apple.

We’ve met Europe’s most interesting phone brands, but what about reclaiming that spot at the top of the table? What would it take for Europe to have a dominant smartphone again?

“A miracle,” Stryjak told me.

The lead and advantages that large players and Chinese companies have over their European rivals is unlikely to be let up. The amount of investment required to catch up all those years of development would be eye-watering, and most likely inefficient. European smartphone makers have the potential to thrive, but must find a niche and serve it, rather than fighting a specs and price battle they can’t possibly win.

With this all in mind, we need to get to the final question…

Is it important that Europe won’t have a dominant smartphone?

According to Stryjak, not really. “It doesn’t matter from a brand perspective,” he told me. Although, clout-wise, it hurts Europe a bit, as it’s not seen on the same technological level as other parts of the world, but fundamentally it’s not hugely important.

But there is an element of this debate that does matter. Throughout this piece, we’ve highlighted that the key reason Europe is unlikely to have a dominant smartphone again is due to manufacturing. Simply put, the majority of components are made in China — and this is an issue for many countries.

One of the things that resulted from the COVID-driven chip shortages, Stryjak told me, was Europe realized how “heavily reliant it is on Asian manufacturers for chipsets.” This impacted every single tech space, and the continent’s struggle with this supply impacted both its economy and its global position.

The EU has acted, trying to boost its domestic manufacturing capacity for chips. One way it’s done this is with the European Chips Act, which aims to build a local semiconductor industry. Another attempt has been through attracting big players to move factories to the continent, for example its €68 billion investment into Intel to open a German site. It’s also rumored that the EU will offer a similar deal to TSMC to open a similar fabrication plant.

Effectively, not having a smartphone brand isn’t a problem for Europe, but what is, is the lack of the continent’s control over a supply chain, which, in turn, is behind the success of the Chinese smartphone industry. It’s a bit of a catch-22 — and potentially the only way for Europe to have a dominant handset again is if the continent manages to produce a manufacturing industry as vital as China. And this, I don’t need to tell you, is unlikely to ever happen.

Here, we find ourselves at an interesting passé. Because, while we’ve been talking in geographical terms, in reality, no smartphone is limited to a single country. Even though Chinese phones can make the strongest case of being single-national, a huge percentage of the components inside them are foreign. And that’s to say nothing of the raw materials themselves.

Really, smartphones are global. They’re designed by individuals of all nationalities in various locations, and are constructed from components created across the world.

Yes, it’s unlikely that a European company will ever create a phone that dominates global sales again, but that doesn’t mean the continent is outside the mobile race entirely. Instead, it’s now part of a global, technological ecosystem that thrives on working together to push the industry forward.

Beyond that, it’s likely manufacturers from the continent will continue to find success delivering niche products for specific customer bases, rather than making the sort of universal devices Apple creates. And there’s nothing wrong with that at all. 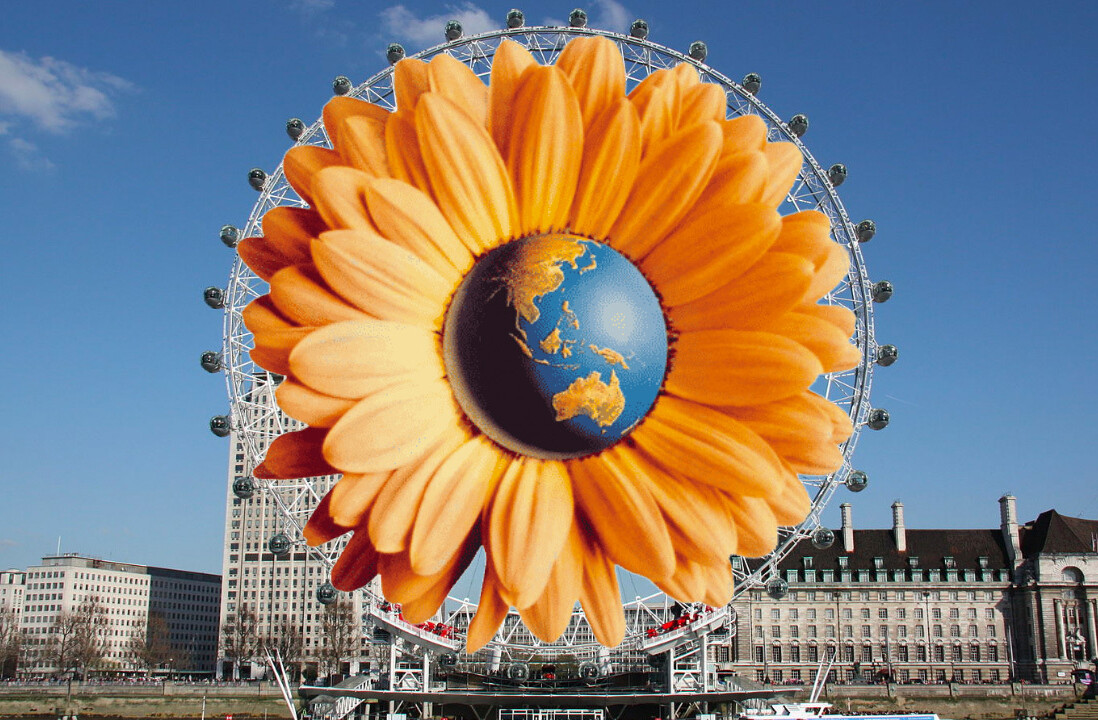