This article was published on December 26, 2021

Earlier this year, Spotify announced a ‘HiFi’ upgrade tier for its streaming service that provides lossless audio, promising music free of compression artifacts. Although it’s still not available as 2021 comes to a close, Spotify HiFi promises “CD-quality” audio and aims to steer audiophiles away from other lossless streaming competition like Tidal and Deezer — and more recently, Apple Music and Amazon Music too.

But even if you consider yourself an audiophile, you probably don’t need to pay extra for lossless music. At least, not in order to make your music sound better.

It’s true that most music streaming services compress audio in one way or another in order to minimize data usage, almost always leading to some lost information. There are ways of compressing music losslessly, but they generally can’t reduce file size as much as a decent lossy compression.

Why stick to just 2 days?

Check out the TNW Conference side events!

It’s unsurprising, then, that most services turn to lossy compression. After all, the vast majority of listeners do not have the hearing ability to tell the difference between lossless audio and music that is compressed at a high enough quality.

Spotify Premium (the existing, $9.99 ad-free tier) already streams at a maximum of 320 kbps (256 kbps on the web) if you’ve enabled this in the app’s settings. Although at low bitrates the differences between lossy and lossless audio can be quite obvious, I’m willing to bet most people can’t tell apart a lossless file from a 256 kbps MP3 one — let alone a file compressed with the more modern Ogg codec that Spotify uses.

Our hearing is subject to a whole lot of placebo. Simply believing that a certain upgrade or key specification will make your speakers or headphones sound better is often more likely to cause to an ‘improvement’ than any actual change. Still, many golden-eared audiophiles will swear they can hear a difference without evidence.

So before you get your wallet out for the promise of higher quality audio, why don’t you actually put your hearing to the test?

There are plenty of blind tests out there to help you compare lossless audio with ‘lossy’ audio formats, but I like the Digital Feed ABX test, initially created to test whether listeners could tell the difference between Tidal’s lossless audio and lossy compressed music.

The link above compares Spotify’s 320 kbps streaming against a lossless file, so it should be equivalent to comparing Spotify’s Premium and HiFi tiers. In this test, the goal is to match one of two clips (A or B) to a reference clip (X). They’re randomized, and you don’t know which clips are lossless or not; you just have to pick whether A or B is identical to X. 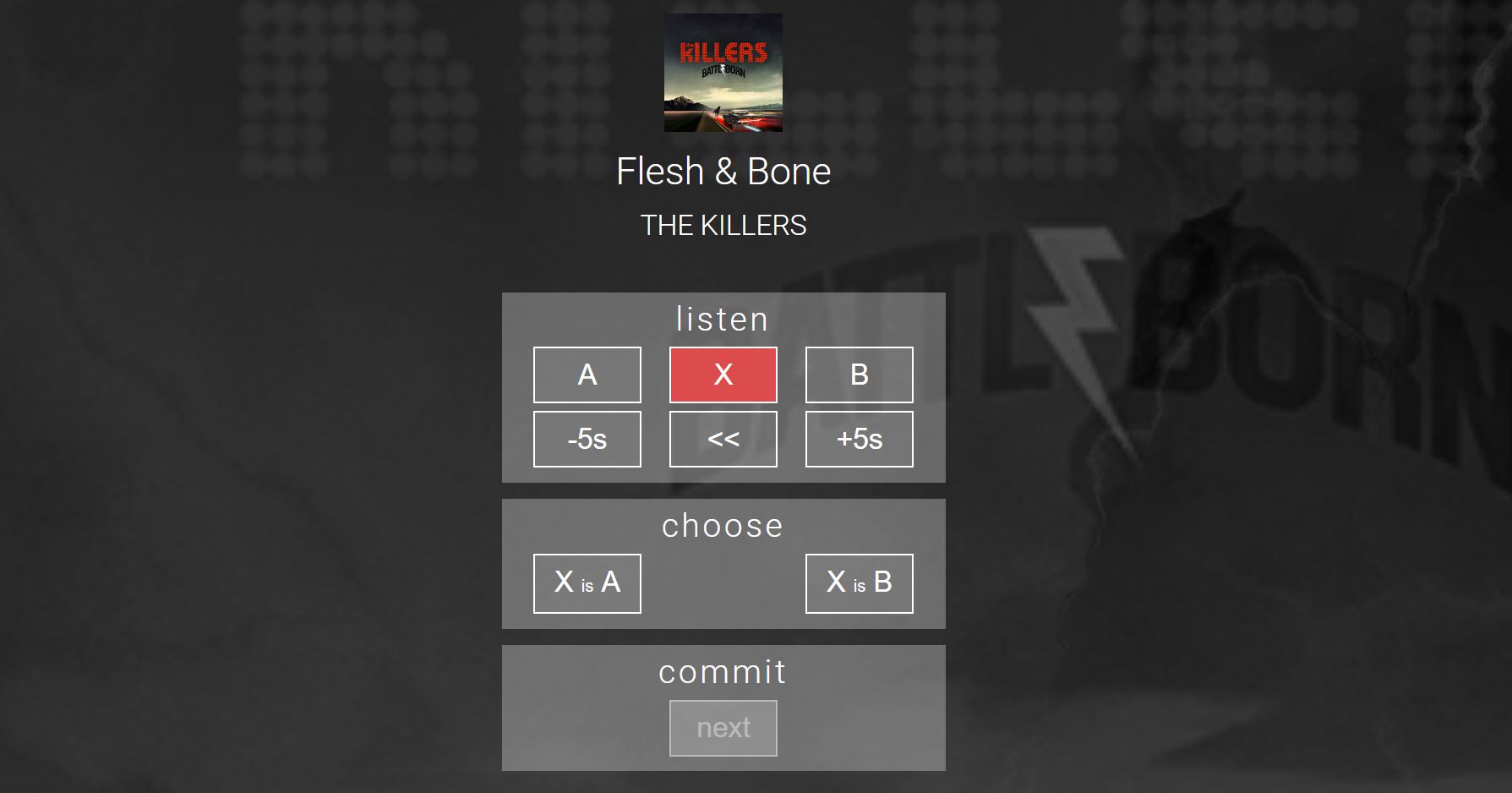 There are five tracks, for each of which you’ll have to complete 5, 10, or 20 trials, depending on how much time you have to kill. The more trials you do, the more statistically significant your results are. I’d recommend starting with 5 repetitions, as the test can get quite time consuming as you switch between tracks obsessing over tiny differences.

If you are like most audio enthusiasts — let alone most regular people — you probably won’t be able to hear the difference. I just took the test with some $400 headphones and failed.

But I’ve also passed the test before. Problem is, doing so involves a kind of extreme scrutiny that virtually never applies to normal listening or even “critical” listening.

In my case, passing this comparison means making my home as quiet as possible, using the best gear I have, and repeating a two or three-second portion over and over again in hopes of hearing the tiniest bit of extra detail or a subtle change at a specific moment. Moreover, I’ve done this type in multiple iterations hundreds of times and know what to look for.

I’m reminded of a survey performed by audio blogger Archimago several years ago, in which 151 participants were asked to choose between two sets of samples — one lossy set, and one lossless. 30% thought the lossless tracks sounded better. 18% said there was no audible difference. A whopping 52% actually preferred the lossy track over the lossless one (there are a few possible explanations for this beyond the scope of the article).

Mind you, it’s fair to assume these participants were mostly audio enthusiasts too; 60% of them reported using audio systems costing $1,000 or more. And this is just one of numerous examples around the web.

So what’s the point of lossless?

The fact most people can’t tell the difference between lossless and high-bitrate lossy audio doesn’t mean lossless streaming is pointless — nor does it mean you shouldn’t be willing to pay more for your music. Some reasons you might want to try Spotify HiFi include:

Spotify has yet to announce pricing for the HiFi tier yet, but you can bet it’ll be more expensive than regular-old Premium. There are good reasons to stream lossless music, but if you’re only upgrading on the promise of an obvious audible improvement, you might want to keep your expectations in check.

Update (February 24, 2021): I changed some of the language around paying for lossless music. I wanted to make it clear that there’s nothing wrong with paying more money for lossless music, but you should have a realistic picture of how audible the improvements are likely to be.

Update (December 24, 2021): We’ve updated this post to include mentions of Apple Music and Amazon Music’s lossless offerings which became available earlier this year, as well as a delay in the launch of Spotify HiFi.

Get the Plugged newsletter

Subscribe to our snarky newsletter all about consumer tech.